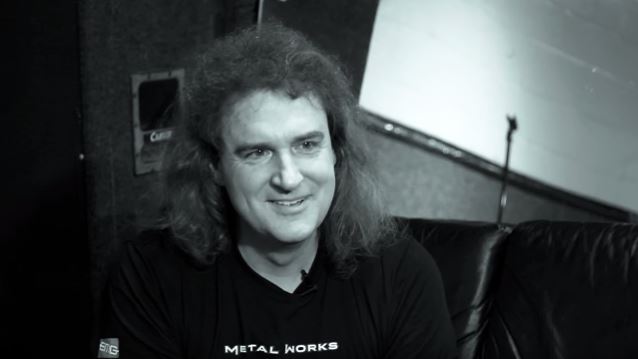 In the "Jackson Speed Round" video below, MEGADETH bassist David Ellefson tackles some tough questions, including what song he wishes he wrote and what items he has to have on tour (not including gear).

Due to his LAMB OF GOD schedule, Adler was unable to play with MEGADETH in China and Japan last month and was temporarily replaced by Tony Laureano (ex-DIMMU BORGIR, NILE, ANGELCORPSE), a veteran extreme-metal skinsman who has worked as MEGADETH's drum tech since 2011.

Adler made his live debut with MEGADETH in July at the Festival D'été De Québec (also known as by its acronym FEQ, or Quebec City Summer Festival in English), in Quebec City, Quebec, Canada.