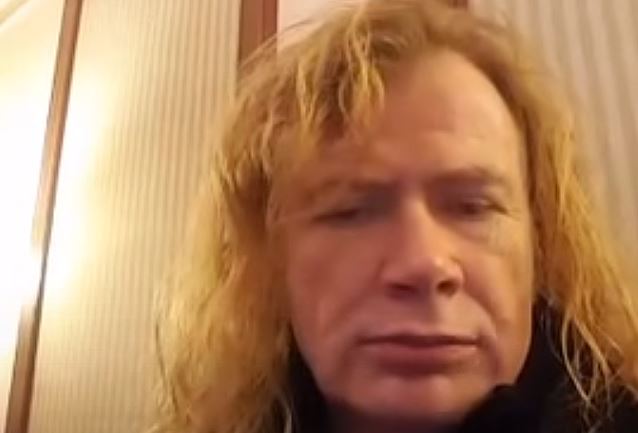 While chatting with fans on Saturday (October 31) via Periscope, a live video streaming platform owned by Twitter, Mustaine stated about MEGADETH's touring plans: "We're not gonna be heading back into the States until, I think… In February of '16, I think, is when we start the U.S. tour. And we've got a pretty interesting lineup. I'm sure you guys are gonna be stoked. I can't say anything yet until it's confirmed. But it looks like everybody's gonna be accepting the tour. And it'll be four of us."