"It has reached me that I have been announced as a member of a new all-star heavy metal cover band called MEGAROCK [along with vocalist Walter Figueroa (ATTACKER, SEVERED HAND), guitarist Jack Frost (SAVATAGE, SEVEN WITCHES, BRONX CASKET COMPANY), bassist Mike LePond (SYMPHONY X), and drummer Taz Marazz (SEVEN WITCHES)]. This is a rumor and holds no truth. I have agreed to be in some way or form involved in a benefit show to help save one of New Jersey's rock/metal venues called Dexter's. I belive in live music and when I also found out that proceeds will also go to the autism and special needs foundation, I was on board quickly. I will go up and jam a couple of songs with MEGAROCK as a guest that evening only and I do hope that anyone that is there will enjoy themselves tremendously. I know everyone in MEGAROCK, especially Mike LePond of SYMPHONY X, who has helped my band PAINMUSEUM on several live dates. Jack Frost is also another good friend of mine and I think it will great to do some headbanging with my friends. However, I'm in the process of developing several new records and a DVD release and have no other immediate plans."

MEGAROCK will perform tonight (Saturday, January 31) at Dexter's Entertainment Complex in Riverdale, New Jersey as part of "Long Live Rock", a two-night musical spectacular boasting an all-star team-up of tri-state talent. The group will hit the stage at 12 midnight and rock the audience with a wide array of great metal cover songs.

A great way to kick off the Superbowl weekend, "Long Live Rock" will feature additional performances and appearances by members of WINGER, GUNS N' ROSES, TRIXTER and many other rock mainstays. Tickets are now available at the Dexter's box office and online at TicketWeb.com. Visit the Dexter's web site for band lists and appearances schedules. 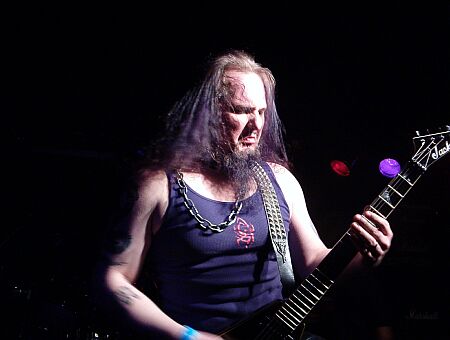