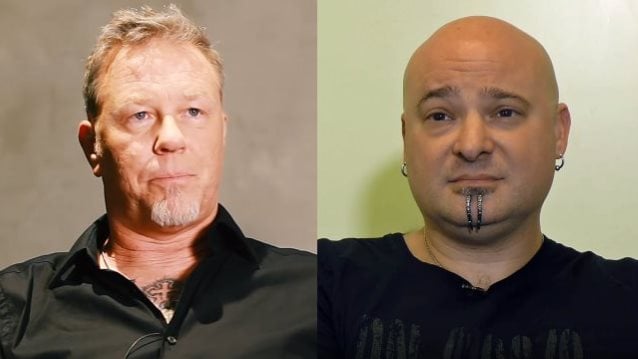 The two-hour live special will focus on personal stories from artists and celebrities while offering help and resources to listeners via a live call-in option. The conversation will be led by BJ Shea, Entercom Seattle KISW-FM on-air personality, and will feature guests such as Christine Moutier, M.D., chief medical officer of the American Foundation for Suicide Prevention and Dr. Ursula Whiteside, clinical psychologist, CEO of NowMattersNow.org.

"No matter who you are, you have a powerful role to play in preventing suicide," said Dr. Christine Moutier, AFSP chief medical officer. "We're at a point in time where so many people, including celebrities and musicians, have opened up about their experience with mental health or their loss to suicide. That brave act of opening up about mental health challenges has helped to shape the culture. Now it's time to deepen our knowledge and learn what to do if you're concerned about yourself or a loved one. The ability each of us has to make people in our lives feel valued can't be underestimated."

The topics to be discussed during the special include what all of us can do to prevent suicide, how to talk to friends and family about mental health and suicide, what to do if you or someone you know is struggling with depression, how to get involved in suicide prevention in your local community and where to go to learn more about the cause.

"Like so many millions of people, my family has dealt with mental illness. Until very recently, most people kept quiet about the experience," said Pat Paxton, president of programming, Entercom. "'I'm Listening' aims to end the stigma of talking about mental health and is the result of all of our stations uniting to offer hope to those affected and the friends and family supporting them. As a media broadcaster, we know that talk saves lives and that is exactly what this show is about — saving lives."

"Through the American Foundation for Suicide Prevention, we know that everyone has a role to play," said Logic. "I am so proud to partner with Entercom on a national scale, and I hope that among other things, my song '1.800.273-8255' will help end the stigma of talking about mental health. Radio, quite literally, can save lives."

"Mental health and suicide prevention is a critical topic, and I am glad to partner with Entercom and the American Foundation for Suicide Prevention on the 'I'm Listening' campaign," said Michael Angelakos, PASSION PIT. "This is a universal issue that does not exclude a single living person, and we need to come together to create awareness."

"Since the loss of my oldest son to suicide, mental health and mental illness issues have been very close to my heart," said Bob Ezrin. "We need to speak openly and honestly about these issues so that it becomes natural for people who are suffering to reach out for help."

According to the Center for Disease Control and Prevention (CDC),approximately one in five adults in the U.S., or 43.8 million people experience mental illness in a given year, and one in five youths aged 13–18 years old experiences a severe mental disorder at some point during their life. We know from the CDC that suicide is the tenth leading cause of death in the United States and the only one in the top ten that is on the rise. Among those aged 10-24, suicide is the third leading cause of death. Mental health affects everyone regardless of culture, race, ethnicity, gender or sexual orientation.

For more information about the campaign, visit www.ImListening.org.

If someone you know is going through a crisis, please call the National Suicide Prevention Lifeline at 1-800-273-TALK (8255) or contact the Crisis Text Line by texting TALK to 741-741.