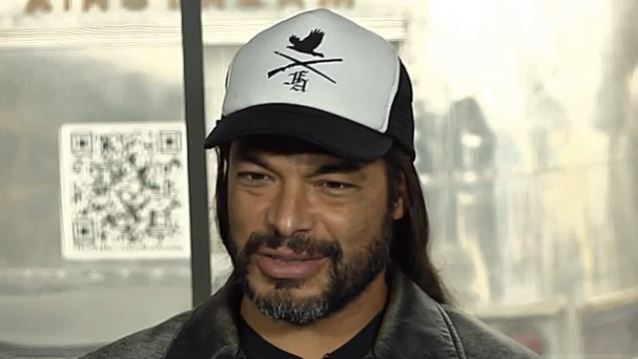 Directed by Stephen Kijak and Paul Marchand and produced by METALLICA's Robert Trujillo and John Battsek, the documentary has been chosen be the official film of "Record Store Day" 2014.

Trujillo couldn't be more enthusiastic about the association with the event. "Record Store Day is a celebration of our youth, and beyond," he says. "It's the power of memories fueled by this magic (usually) black vinyl disc.

"There's a reason why Record Store Day is making people headbang, rock out, relax, and simply smile. It's all about the joy and power of words, music and sound, not to mention the dynamic range of visual art that goes hand in hand with a record cover, jacket, or sleeve; and you might even get a poster. (Trust me, I still have most of my original vinyl)" (He was right about the poster — the image below will become the official Record Store Day poster of 2014, and will be given away as part of the celebration at select stores, while supplies last.)

And Mary Pastorius, Jaco's daughter, shares: "I ended up becoming a music/record/record store addict, as a teen in the '80s — and it all started with my dad's record collection back in the early '70s. At three and four years old, I would fall asleep inches away from the record player — wearing those big-ass back-in-the-day headphones on my head — listening to stuff like Stevie Wonder's 'Talking Book', EARTH, WIND & FIRE's 'That's The Way Of The World', or the SUPREMES'Greatest Hits'. (All of which I still have). Then I have the memories of being at Peaches (which was THE record store in South Florida) with him for the 'Jaco Pastorius' (the first solo album) record release party. They had a 'walk of fame' there and we put our handprints in cement, Hollywood style. They also put a huge painting of that album with that iconic picture of him, up on the outside of the building, where it stayed for many years- which I drove by many times, and was greeted by the many times when I would go in to buy records myself."

"Record Store Day"'s Michael Kurtz adds: "I fell in love with Jaco Pastorius in 1976 when I heard WEATHER REPORT's 'Black Market' being played in my local record store. In 1977 I caught the band on its 'Heavy Weather' tour and heard Jaco perform live. It was like I had been exposed to a force bigger than life. Performing on the Fender bass he'd personally stripped of frets, Jaco propelled the band with ferocity and finesse. He was shirtless, with an axe bold as love."

The Omnivore release, produced in conjunction with the Pastorius estate and Trujillo, contains eleven tracks from the studio sessions a 22-year-old Pastorius and friends used to jam and experiment. Some of the tracks made it on to his 1976 debut, but some remained unreleased until now. In addition, "Modern American Music…Period!" will include essays from Trujillo and Pastorius biographer Bill Milkowski.

Kurtz effuses: "It is a dream come true to be a part of helping Omnivore unearth and release the recording of a very young Jaco performing with his own band in Miami's Criteria Studios."

According to Trujillo: "Omnivore's release of Jaco Pastorius' 'Criteria Sessions' is a raw unique statement — a statement that lets you know you are experiencing a powerful historical musical moment. Jaco's sound, and facility alone, takes you on a trip that is totally new and fresh! This is punk at its best, and the attitude and edge is pure."

Pastorius, who was bipolar and had wrestled with substance abuse, died in 1987 at age 35 following a violent altercation at a Fort Lauderdale bar. 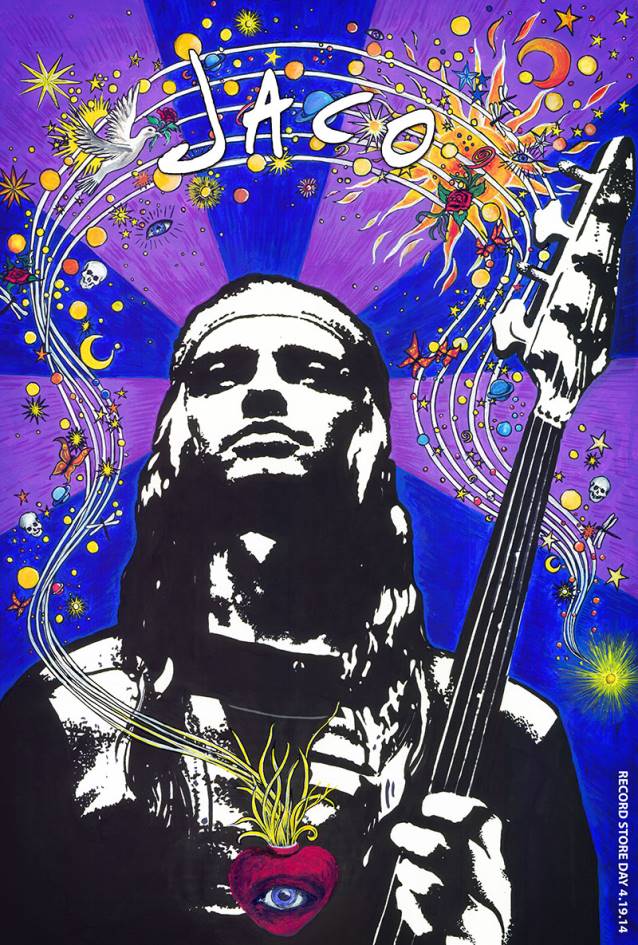