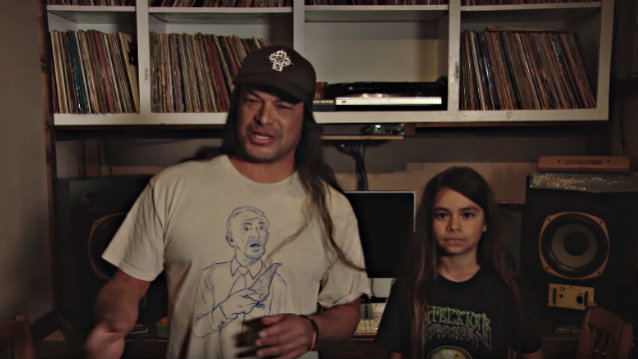 METALLICA bassist Robert Trujillo's 12-year-old son Tye made his live debut on bass with KORN on Monday night (April 17) at Gran Carpa de las Américas in Bogota, Colombia. Tye is filling in for KORN's regular bassist, Reginald "Fieldy" Arvizu, who was unable to make the band's South American tour due to what the group called "unforeseen circumstances."

Tye will play five more shows with KORN on its South America run, ending on April 27 in Chile. Arvizu will rejoin the group at the Carolina Rebellion festival on May 6.

Kicking off our Latin American tour in Bogota with Tye Trujillo. We love you, Colombia! ??? Tickets: Korn.com/tour