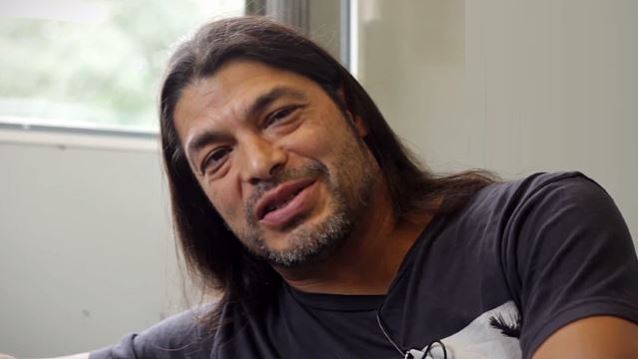 METALLICA bassist Robert Trujillo, in association with Passion Pictures, has announced the official multi-platform release of the acclaimed new documentary "Jaco", directed by Paul Marchand and Stephen Kijak. The film — which chronicles the brief but extraordinary life of the great American musician/composer Jaco Pastorius — will be available via VOD, streaming services, and digital download on Friday, November 27.

"Jaco" will also have its official DVD/Blu-ray release that day, in association with Record Store Day and Black Friday 2015. That same day will also see the long anticipated release of "Jaco: Original Soundtrack", Sony/Legacy's official musical companion to the film. Full soundtrack details — including a complete track listing — will be announced soon.

Trujillo — world-renowned bassist with METALLICA and the film's executive producer — will celebrate "Jaco" and Record Store Day Black Friday 2015 with a special in-store at The Sound Garden in Syracuse, New York. Slated for TK, the event will feature a screening of "Jaco" as well as a special signing session with Trujillo.

"Jaco" is the subject of a successful PledgeMusic campaign which will conclude at the end of September. Complete details can be found at this location.

"Jaco" has since earned applause at a number of major festivals, including the inaugural Asbury Park Music in Film Festival and the Montreal International Jazz Festival. The film "[captures] the essence of what made Jaco such an influential artist," declared the Montreal Gazette, praising "the glowing words of Marchand's interviewees and the many recorded and live musical excerpts that he lets speak for themselves" and hailing "Jaco" as "an enlightening introduction to a groundbreaking musician."

"Jaco" tells the remarkable and tragic tale of Jaco Pastorius, a self-taught, larger-than-life musician who single-handedly changed the course of modern music by redefining the sound and the role of the electric bass guitar. Never-before-seen 8mm film, photographs, and audio recordings unveil the true story behind Pastorius' all-too-brief life, his music, and heartbreaking end.

"Jaco" follows Pastorius' beginnings and ascent, from his era-defining work with jazz-fusion pioneers WEATHER REPORT to crossover collaborations with Joni Mitchell and Ian Hunter to his own inspired solo career as bandleader and composer. Highlighted by exclusive material from the Pastorius family archive, the film features memories and encomiums from a spectrum of Jaco fans and followers, including Joni Mitchell, Sting, Flea, Herbie Hancock, Geddy Lee, Bootsy Collins, Carlos Santana, Wayne Shorter, and many others.

Speaking about his involvement with the film, Trujillo told Grammy Pro: "I've been friends with Jaco Pastorius's son since 1996 — Johnny Pastorius, the eldest son. And I remember when I first met him, I said, 'Some day, you've gotta make a film about your father,' because his influence is so broad. I mean, I know so many musicians that are actually funk players or rock players, gospel musicians, jazz that are influenced by Jaco. So it's not one-dimensional; it's really very wide and broad. And it's just great to be able to reach out to a lot of various types of legendary jazz players as well as rock players — jazz players like Herbie Hancock and Wayne Shorter, as well as Geddy Lee and Sting and then Flea… and many others."

Trujillo told LA Weekly that "Jaco" has already cost him a lot of money out of his own pocket. He revealed: "When you are trying to do it right, it's costly. I've been a part of this film for five years. I've spent a huge chunk of money. It's great because I feel it needs to be done, but I have [other] responsibilities, too."

"Jaco" is produced by Robert Trujillo in association with Passion Pictures ("Searching For Sugar Man", "Project Nim"); the film is directed by Paul Marchand and Stephen Kijak. 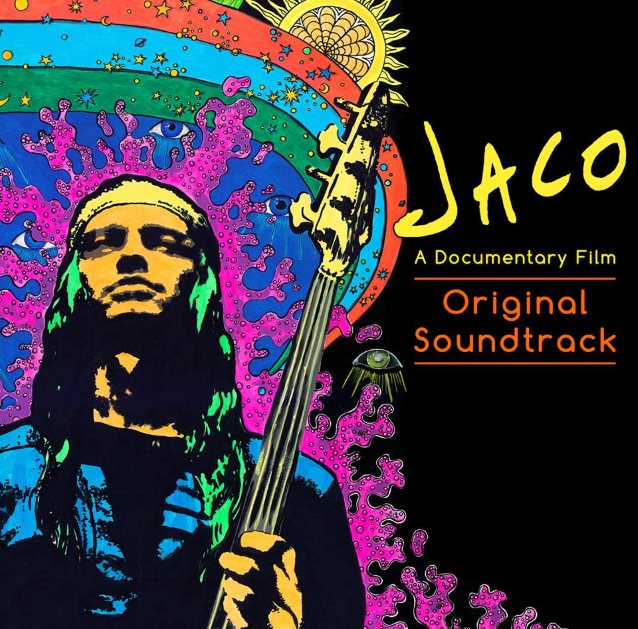