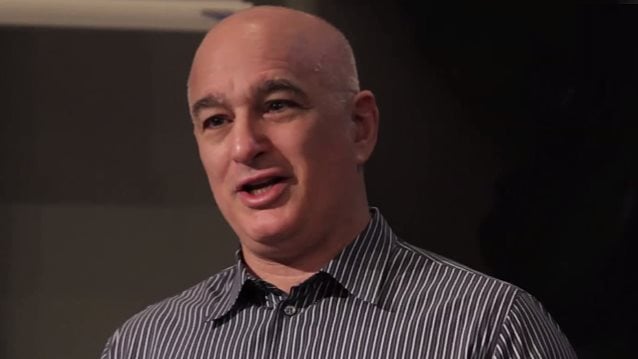 METALLICA Co-Manager Talks Band's Commercial Success: 'There's Nobody Even Close To Them'

METALLICA's co-manager Peter Mensch spoke to Music Week about the philosophies that have seen him, his partner Cliff Burnstein and the band weather an ever-changing industry together since 1984.

"It's really simple," Mensch told Music Week. "We like each other and we respect each other. That's the bottom line. My partner and I have a line: ‘You get the acts, as a manager, you deserve.' There are acts that could be as smart as METALLICA or likeable but don't respect what we have to say. We have a peculiar bunch of acts that we all like talking to, that we think are smart, they think we're smart, we give them advice, they comment on our advice, we go back and forth, and we come up with a plan."

Mensch also talked about the overwhelming success of METALLICA 's "Hardwired… To Self-Destruct" campaign and why the band stands heads and shoulders above most of its peers.

"Absence makes the heart grow fonder," said Mensch. "They put out a great record. They hadn't put out a record in eight years, it was quality music and then they went and played a bunch of quality shows. It got bigger because I believe they maintained the quality of their product, so music is number one. Number two, there's no question about the quality of their performance. Number three, they were out of the [U.S.] marketplace with a new record for years. They played Europe and stuff like that, but in America where they just completed an absolutely sold-out stadium tour, they hadn't played in eight years. And number four, guess what? There's nobody even close to them. Look, you can make the point that STONE ROSES begat OASIS and PULP and BLUR who begat RADIOHEAD, COLDPLAY, MUSE even. We're still waiting for the next METALLICA. I get plenty of e-mails saying, 'We're the next METALLICA,' and then they send me shitty music. But there's nobody else."

Mensch and Burnstein, the founders of Q Prime Management, have played a significant role in the success of METALLICA, DEF LEPPARD, RED HOT CHILI PEPPERS and many more. Their management roster currently also includes MUSE, DISTURBED, VOLBEAT and BARONESS.

"Hardwired… To Self-Destruct" topped Billboard magazine's year-end Top Rock Albums and Hard Rock Albums charts. The disc, which came out in November 2016, sold 1.1 million units in the 2017 chart year, the only rock album to top 800,000 units. METALLICA also ranked as the No. 2 act on Mainstream Rock Artists for 2017. Five songs from the new album made the survey in the chart year, led by the two-week No. 1 "Atlas, Rise!" in February.

Earlier in the month, METALLICA made Forbes magazine's Highest-Paid Musicians Of 2017 list. The data was compiled over a year's time, based on pretax earnings between June 1, 2016, to June 1, 2017. METALLICA earned a cool $66.5 million during that time.