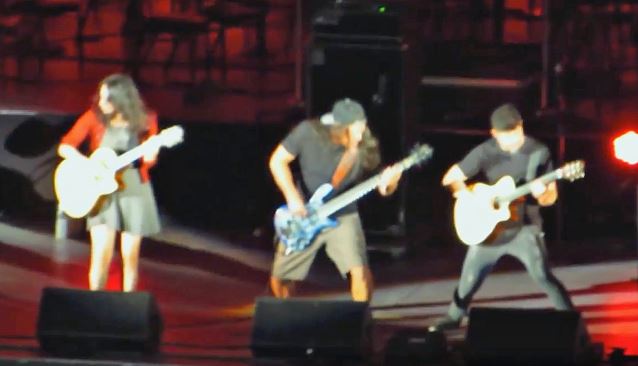 METALLICA bassist Robert Trujillo and former MEGADETH guitarist Marty Friedman joined RODRIGO Y GABRIELA on stage Sunday night (August 14) at the Hollywood Bowl in Los Angeles, California. Trujillo performed a medley of METALLICA songs ("Orion", "For Whom The Bell Tolls", "Battery") with the Mexican duo, while Friedman — who was introduced by Gabriela Quintero as one of their early heroes — came out for a rendition of Astor Piazolla's "Oblivion".

Quintero and Rodrigo Sánchez were backed by the Hollywood Bowl Orchestra for a large portion of the evening, which also saw them delivering songs from every era of their career, including new tunes. One of the new songs, "Waiting To Be Free", featured vocals from Sánchez.

A full review of the concert can be found at MXDWN.com.

Asked in a 2010 interview if RODRIGO Y GABRIELA's metal connections were fading, Rodrigo said: "No, it's growing, actually. You go to our shows and you see a lot of metalheads. It was great to have the recognition from the kings, from METALLICA themselves, to be in touch with them and having the opportunity to jam with Robert pretty often. It's great, because that opened the door for a lot of metalheads to understand that we come from there. It's clear for the people that we love metal." 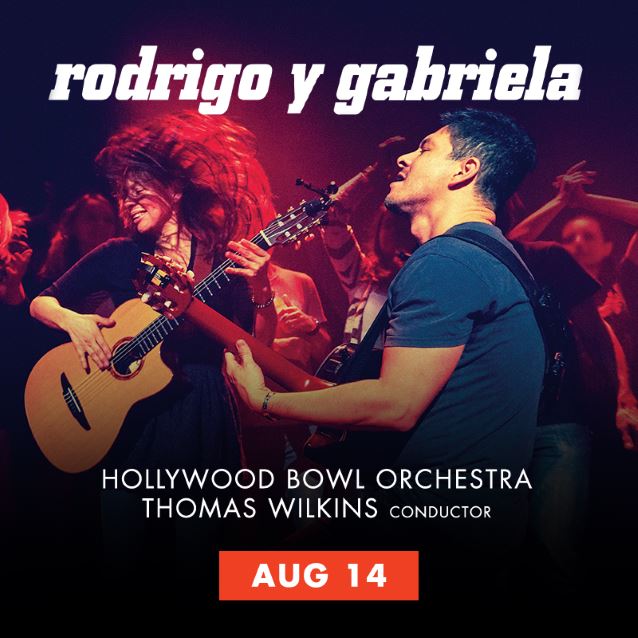