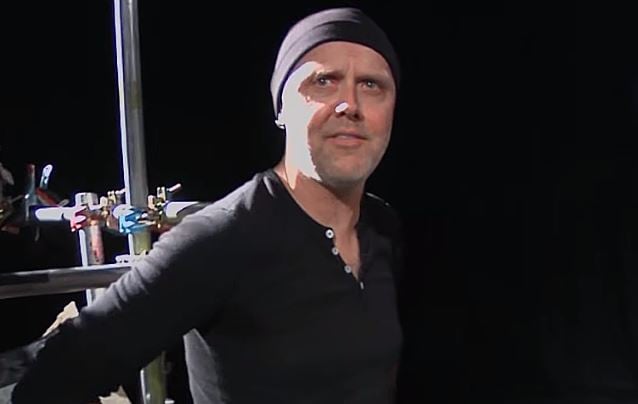 METALLICA: Go Behind The Scenes Of Making Of 'Hardwired' Video

A typical high school gymnasium in San Rafael, California gave up its basketball tactics and talents for new temporary hosts on Tuesday, August 16 when METALLICA descended on the space to shoot a real "smash-and-grab" first video for the forthcoming album, "Hardwired…To Self-Destruct".

According to Metallica.com, the concept for the "Hardwired" video, which was co-directed and produced by Colin Shane Hakes, was "a good old fashioned chaotic, gritty, dirty performance of perhaps the most ripping, super-charged and thrashiest song METALLICA has written since the '80s… but with a twist. THIS video was to be one take. One shot. No edits. No nip, no tuck. One continuous shot captured by the camera going counter-clockwise around the performing band with the song's chaos and energy being reflected by a flash-bulb-strobe-like lighting effect, making it look like a series of disorienting fast-edits but (in truth) being nothing of the sort."

Behind-the-scenes footage from the making of the "Hardwired" video can be seen below.

METALLICA's "Hardwired" recently entered the Billboard + Twitter Top Tracks chart at position No. 2. The cut also landed at No. 18 on the Mainstream Rock Songs airplay chart after less than three days of airplay in the track week ending August 21. It was the 32nd-charting song for the band on Mainstream Rock Songs, stretching back to the debut of "One" on the March 11, 1989-dated list.

"Hardwired...To Self-Destruct" will be released on November 18 via Blackened Recordings. The long-awaited follow-up to 2008's "Death Magnetic" consists of two discs, containing a dozen songs and nearly 80 minutes of music. 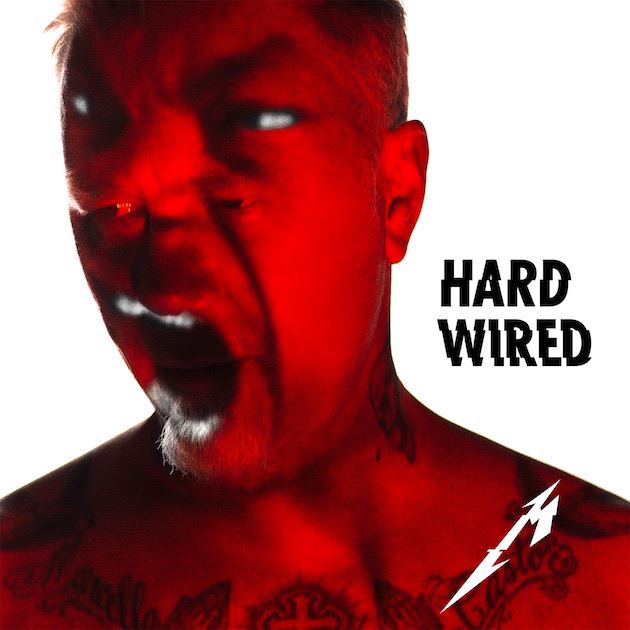