In honor of Month Of Giving, METALLICA is bringing back its concert series, "#MetallicaMondays", where the band is streaming a complete live show for fans on the group's YouTube channel and on Facebook every week.

The special, one-night-only event on Monday, May 24 will feature METALLICA's September 6, 2018 concert in Lincoln, Nebraska shot on the North American leg of the "WorldWired" tour, including a very rare performance of "The Unforgiven III".

The show premieres next week on YouTube and Facebook at 5 p.m. PDT / 8 p.m. EDT. You can set a reminder now on the METALLICA YouTube channel so you don’t forget.

And just like all of METALLICA's #MetallicaMondays shows last year, this one will feature simultaneous fundraisers on both platforms for the All Within My Hands Month Of Giving benefitting Feeding America and Direct Relief.

Last August, METALLICA announced that it had raised more than $100,000 from its #MetallicaMondays streaming concert series for its All Within My Hands foundation.

METALLICA launched the free weekly series at the beginning of the COVID-19 pandemic as a way to provide "live" entertainment to their fans as the concert industry shut down. After more than five months of sharing full performances spanning the band's entire career — from 1983 through 2019 — METALLICA closed out the series in August with a 2017 show from Mexico City.

If you missed any of the shows or you would simply like to relive them, you can watch them on demand on METALLICA's YouTube channel.

METALLICA frontman James Hetfield revealed this past March that the band had written "over 10 songs" for the follow-up to 2016's "Hardwired… To Self-Destruct" album. 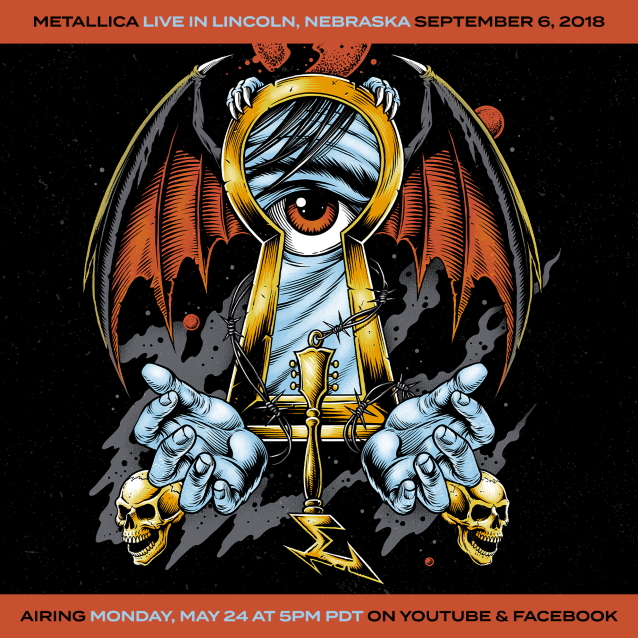