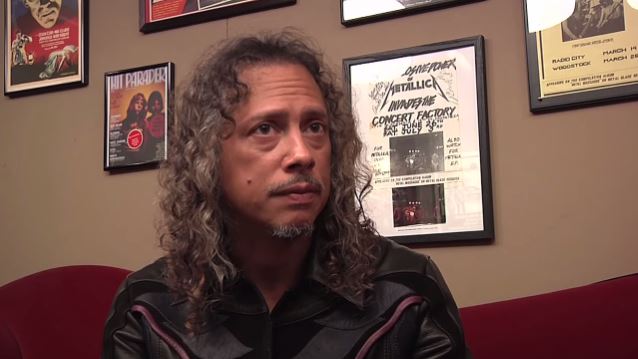 THE ROLLING STONES bassist Bill Wyman said that if he could only choose one musician to listen to, "without question it would be Howlin' Wolf." And the man who first recorded Elvis Presley and other early rock and roll legends, Sam Phillips, said about Wolf's sound, "You couldn't buy that…anywhere in the world!" Both Wyman and Phillips give their testimonies about this musical genius in a new documentary titled, "Smokestack Lightning: The Legendary Howlin' Wolf", due this spring.

It's well established that blues music was a major creative source for rock and roll. The early rock and roll musicians and the generations that came after them, were fueled by Howlin' Wolf's raw, energetic sound to push the genre to its limits. Grammy Award-winning bluesman Alvin Youngblood Hart says that Wolf is "the absolute father of hard rock." Modern superstars of rock like Dan Auerbach (BLACK KEYS) and Kirk Hammett (METALLICA) are still drawing inspiration from his "electrifying," testosterone-laden vocals. Viewers will get to see these top musicians praise Howlin' Wolf's ingenuity and influence on modern music.

The film is directed by Los Angeles-based filmmaker Gina Berrett and follows Wolf's life from the fields of Mississippi to Memphis, where the first rock music was recorded, to Chicago, where blues was king in the early 1950s. Once there, Wolf dominated the musical scene, competing against other blues legends like Muddy Waters. The film follows the footsteps of the great blues legend as he used his music to cross racial boundaries and impact the segregated world of the 1960s.

The filmmakers were able to uncover new video, photos and performances of Wolf in researching the film. New insights from those musicians already mentioned above will be complemented by musical greats who were also influenced by him. Jimmy Page (LED ZEPPELIN),Taj Mahal and Bonnie Raitt are a few more who joined the cast to help give Wolf his rightful place in history and revive the legacy of this true American icon.

To finalize this project, Berrett has launched an Indiegogo campaign to raise finishing funds for the project. She is offering some special one-time only rewards to those supporting the film.

A trailer for "Smokestack Lightning: The Legendary Howlin' Wolf", featuring Hammett, can be seen below.