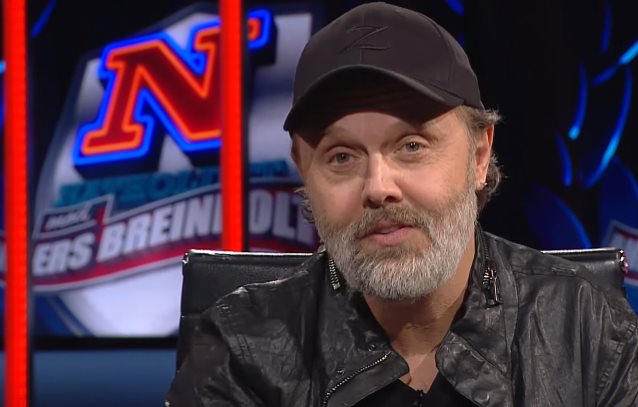 METALLICA's LARS ULRICH: 'I'm As Much In Favor Of Streaming As Most Other People Are'

BBC 6 Music presenter, DJ and music journalist Mary Anne Hobbs recently posed six questions to METALLICA's Lars Ulrich as part of the BBC's celebration of the 1980s. You can now listen to the chat at BBC.co.uk.

Asked what his views on music streaming are, sixteen years after METALLICA's decision to launch legal action against Napster in 2000, claiming that the pioneering music file-sharing service was illegally allowing users to download METALLICA tracks without paying royalties to the group, the drummer said: "I've got my Spotify app in my phone, I've got my Apple Music app, I'm on YouTube fifty times a day. I love it! The thing fifteen years ago wasn't about online accessility of music, it was about whose choice it was to put that music online. Is it the band's choice? Is it the people that write the songs and quote-unquote own them? Or is it somebody else? That was the real beef with Napster."

"If you were in a band, I would never take your music and put it up on the Internet without asking you. That's just the way I roll.

"It's all worked out fine for everybody, and I'm as much in favor of streaming as most other people are."

In a separate interview with Mojo magazine, Ulrich looked back on METALLICA's battle with Napster, saying: "I'm proud of the fact that we stood up for what we believed in at the time. Could we have been better prepared for the shitstorm that followed? Absolutely! We were ignorant as to what we were getting involved in. But that's always been the case."

He continued: "In the beginning, Napster was a street fight…then all of a sudden this whole other thing happened and we were in the middle of it, alone. Every day that summer, there was not a musician or peer or somebody inside the music business who wouldn't pat me on the back and go, 'You guys are standing up for the rest of us.' But the minute we were out in public, we were on our own. Everybody was too shit fucking scared and too much of a pussy to take a step forward."

The drummer added: "The only annoying thing that still resonates sixteen years later is that the other side were really smart: they made it about money. But it was never about money. Never. It was about control. Yet still to this day there's this perception… that METALLICA are greedy (and) money-hungry, and that's not who we are or ever were."

At the time sixteen years ago, Ulrich told The Pulse Of Radio that the Napster battle was not about getting money for the band's music, but about having control over how it was shared. "All we want as an artist is a choice," he said. "There's nothing to argue about that. Nobody has the right to do with our music whatever they want. We do."

In later years, METALLICA has embraced digital music: in December 2012, the band made all nine of its studio albums, as well as various live material, singles, remixes and collaborations, available on Spotify.