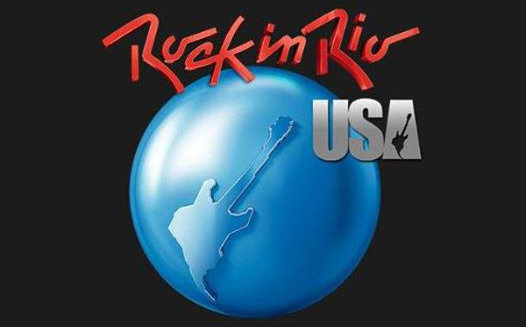 METALLICA, LINKIN PARK and DEFTONES are among the confirmed bands for the inaugural United States edition of the Rock In Rio festival, set to take place on May 8-9, 2015 and May 15-16, 2015 in Las Vegas, Nevada. The event will feature six stages and unique lineups for each of the four days.

The announcement was unveiled as Rio de Janeiro and Las Vegas met in Times Square, the crossroads of the world, with an exciting surprise performance from past Rock In Rio artists John Mayer and SEPULTURA with the French industrial percussion group LES TAMBOURS DU BRONX to celebrate the festival's 30th anniversary and first U.S. edition in 2015. SEPULTURA and LES TAMBOUR DU BRONX performed in honor of their past Rock in Rio collaboration and guitar hero John Mayer took the stage to bring hits like "No Such Thing" and "Gravity" to the gathered crowd. During the press conference, the organization also launched its Social Project "30 Years, Many Dreams".

Roberta Medina, executive vice president of Rock In Rio (and daughter of founder Roberto Medina),expanded on Rock In Rio's tremendous background by revealing some of outstanding facts around the global festival's 30-year history. With more than 7.4 million people in 14 editions, more than 1270 artists have performed in 85 days of the event. Over the past editions, more than 148,000 jobs have been created and more than 1 billion people have watched the concerts worldwide. The statistics provided an in-depth look at creating a global giant as it celebrates its 30th anniversary with a new extension in the US.

"From the first Rock in Rio festival in Brazil in 1985 to next year's anniversary and Las Vegas launch, it's been an amazing journey with Rock In Rio fans and the artists that have taken part in the festival," says Roberta Medina. "We're thrilled to see the construction of our first U.S. City Of Rock and to announce the first artists who will perform in Las Vegas in May 2015."

METALLICA, LINKIN PARK, TAYLOR SWIFT and NO DOUBT will all perform on the festival's Main Stage. METALLICA will return to the Rock In Rio stage after six previous performances at the international event. Appearing on the same day as METALLICA, multi-platinum rock group LINKIN PARK are also returning after previous Rock In Rio performances.

In addition, the organization also announced the first names of the lineup for the Sunset Stage: DEFTONES and John Legend. The Sunset Stage has quickly become a phenomenon featuring a lineup filled with special guests and unexpected musical collaborations.

Rock In Rio has joined forces with entertainment giants MGM Resorts International, Cirque du Soleil and Ron Burkle (The Yucaipa Companies) for the festival's U.S. debut in Las Vegas in May 2015. An alliance founded on a shared commitment to creating innovative entertainment, Rock In Rio, MGM Resorts and Cirque du Soleil will redefine the modern music festival for U.S. audiences with a monumental combination of the biggest names in music and a fully immersive entertainment experience, all housed in a spectacular, custom-made "City Of Rock."

The permanent open-air concert venue will be located on The Strip near the corner of Sahara Avenue, spread out over 37 acres and have the capacity for 85,000 people per day. It includes six stages, three themed Rock Streets encompassing the culture and music of the U.S., UK and Brazil and a zip line that stretches 64 feet high and 600 feet long in front of Main Stage. The venue also includes a VIP area that can accommodate up to 4000 people; an air-conditioned area with a unique view of the City of Rock and an all-inclusive buffet.

To secure your spot for next year's Rock in Rio USA, visit rockinrio.com/tickets and choose preferred section (General Admission or VIP),then select a delivery method to receive your wristband (either Will Call or UPS Delivery). Shipments start approximately 10 weeks before the event.