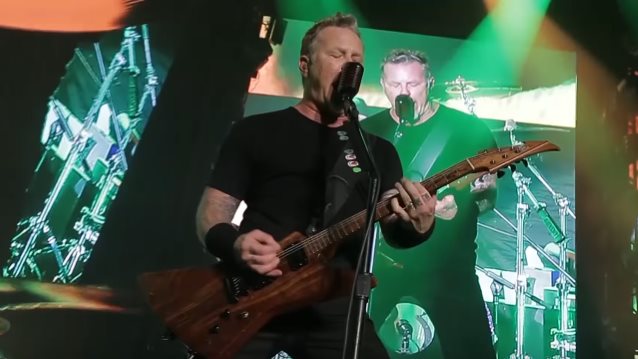 A video recap of METALLICA's January 22 concert at Singapore Indoor Stadium in Singapore can be seen below. Also available is a professionally filmed video clip of the "Master Of Puppets" performance from the same show.

METALLICA frontman James Hetfield recently said on the Nerdist podcast that the band will cap its live schedule starting in 2017 at around fifty shows a year. He explained: "My body has told me to tell these guys that fifty shows a year is kind of what we can do, so make the best of those." 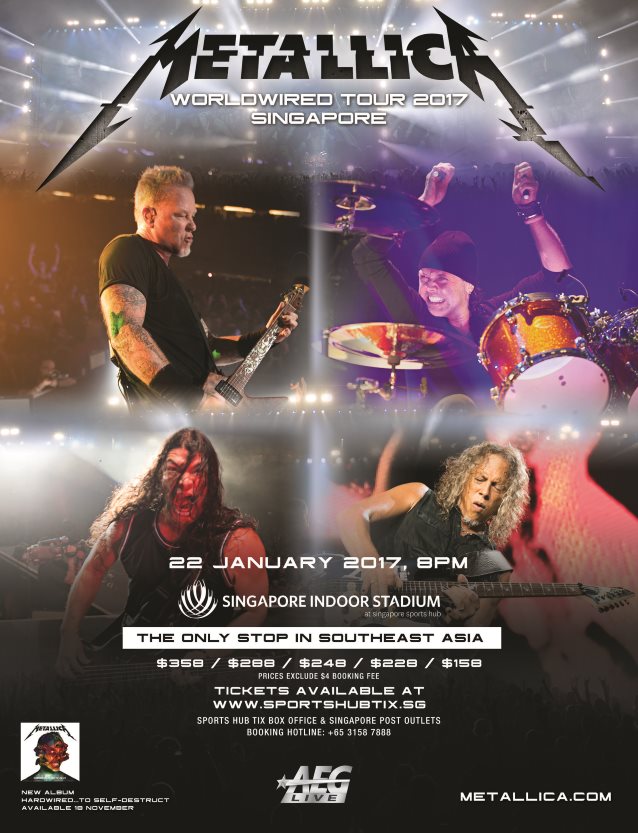