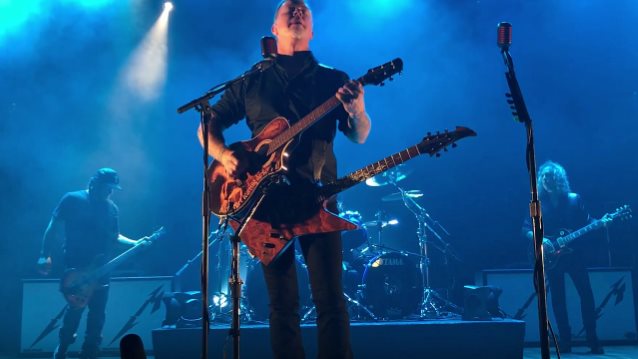 METALLICA played a special intimate club show this past Tuesday night (November 29) at the Opera House in Toronto, Ontario, Canada.

The band, which just released its tenth studio album, "Hardwired... To Self-Destruct", donated the proceeds of its show at the 950-person venue to the Daily Bread Food Bank. The quartet also asked its fans to bring non-perishable food items, which were dropped off at the door.

Tickets, which were $25 for members of the band's fan club and $100 for the general public, sold out in minutes last week.

Benita Aalto, a spokesperson for Daily Bread, told CBC Toronto that the charity had no advance notice of METALLICA's plans but was thrilled when the news broke last week.

"This was a delightful surprise," she said.

According to TheStar.com, the Toronto concert saw METALLICA frontman James Hetfield playing the opening arpeggios to "Fade To Black" again "when the rattle of machine-gun fire on the PA signalled to everyone else in the room that 'One' was about to happen, a flub he good-naturedly acknowledged by reprising the intro yet again when the band returned to the stage for its encore."

"That song's so good, I just wanted to play it twice, you know?" he quipped. 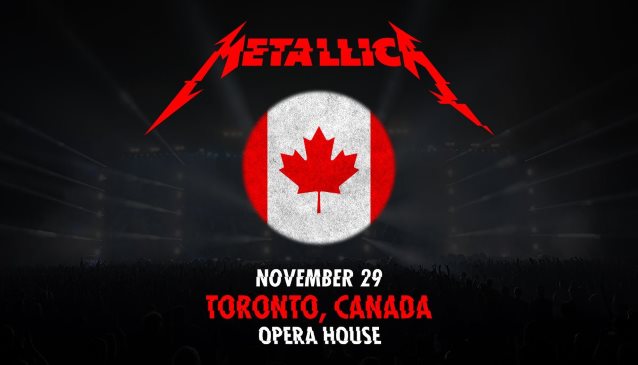