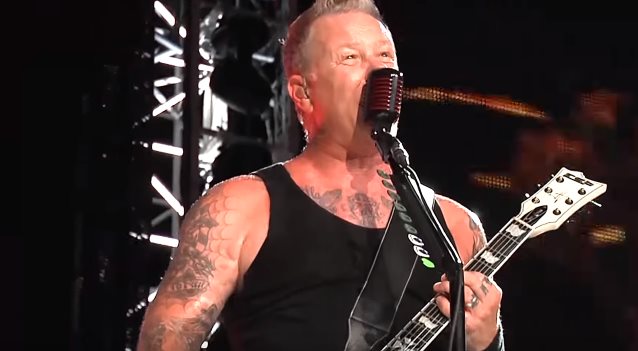 Professionally filmed video footage of METALLICA performing the song "Fuel" on July 5 at Camping World Stadium in Orlando, Florida can be seen below.

METALLICA has just resumed its first North American tour in more than seven years. The trek marks the first time that METALLICA has offered "enhanced" or "VIP" experiences for fans, with some willing to cough up as much as $2,500 for personal meetings, photos and autographs from the group.