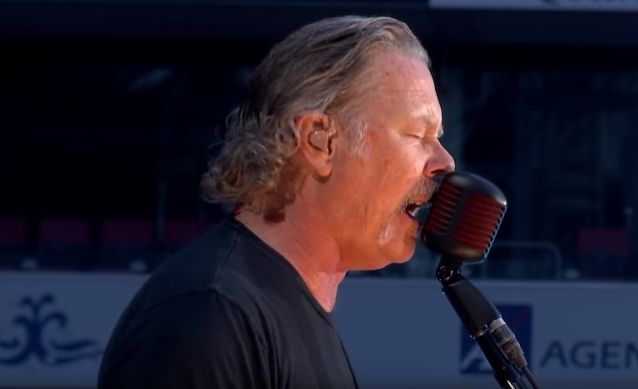 METALLICA: Pro-Shot Video Of 'No Leaf Clover' Performance From Cologne

Professionally filmed video footage of METALLICA performing the song "No Leaf Clover" on June 13 at RheinEnergieStadion in Cologne, Germany can be seen below.