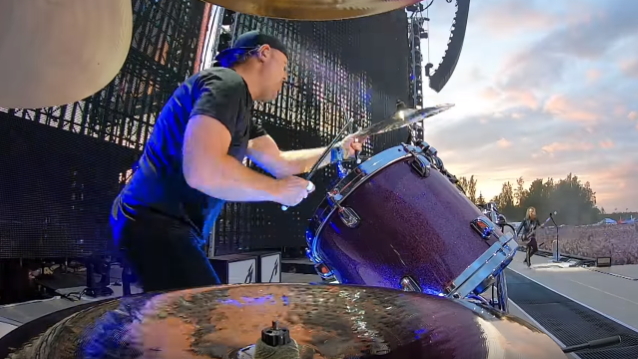 METALLICA: Pro-Shot Video Of 'The Four Horsemen' Performance From Estonia

Professionally filmed video footage of METALLICA performing the song "The Four Horsemen" on July 18 at Raadi Airfield in Tartu, Estonia can be seen below.