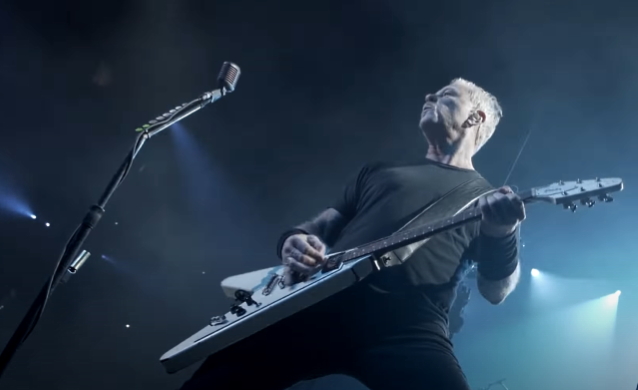 A MetOnTour video edit of METALLICA performing the song "Trapped Under Ice" on December 17, 2021 at Chase Center in San Francisco, California can be seen below. The show was the first of METALLICA's two 40th-anniversary concerts which featured different setlists. They were part of METALLICA's "San Francisco Takeover", a four-day citywide celebration of the band's 40th anniversary that also included a film festival, photo exhibit and curated lineup of smaller venue shows featuring other acts.

On December 16, San Francisco mayor London Breed presented Ulrich and bassist Robert Trujillo with a special declaration marking the day as "Metallica Day" in the city.