The first images have been released (see below) of the METALLICA "Death Magnetic" deluxe "coffin box" that will come with a host of additional material for the group's diehard fans. According to the band, "The special edition box will come out the same day the album does and will of course include the full CD (duh!), along with everything next level cool relating to 'Death Magnetic'! There will be a CD with the demos of the songs, a DVD of even more 'making-of-the-album' footage not seen on Mission: Metallica, a t-shirt only available in this box, a flag, guitar picks, and a fold out poster along with a collector's credit card embossed with a code to redeem a free download of a special European show happening in September."

The studio version of the new METALLICA song "Cyanide" has been made available for streaming on Metallica.com. The track comes off "Death Magnetic", which is scheduled for release worldwide on September 12. The CD will be available to download for Guitar Hero III: Legends of Rock on the same day the album arrives in stores. 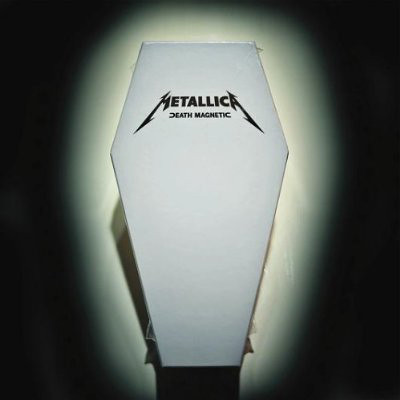 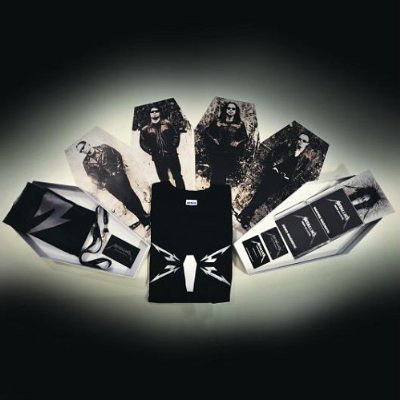