METALLICA's March 4 concert at Wichita, Kansas's Intrust Bank Arena shattered the venue's attendance record with a crowd of 15,690 fans on hand. The previous record was held by country legend George Strait, who drew 14,680 fans in 2014.

"Hosting METALLICA in Wichita for the first time in nearly 15 years was an absolute thrill and we couldn't be more excited to see our community support this concert in such a big way," said AJ Boleski, SMG general manager. SMG is the company that runs Intrust Bank Arena for Sedgwick County.

METALLICA kicked off the 2018/2019 U.S. leg of the "WorldWired" arena tour in September at the Kohl Center in Madison, Wisconsin. 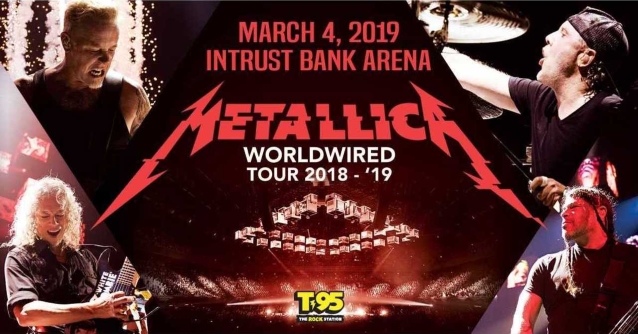