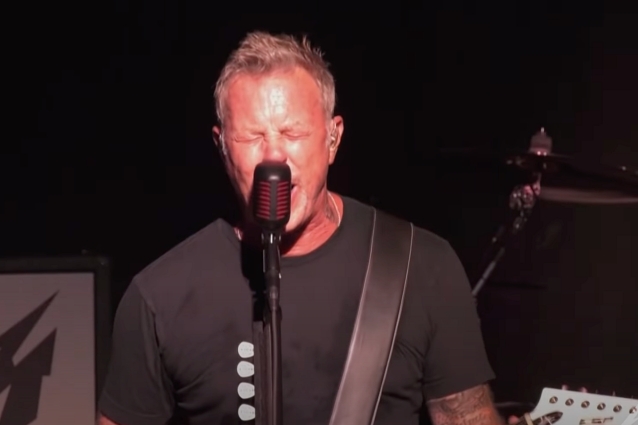 METALLICA has shared professionally filmed video of the "Harvester Of Sorrow" performance from the band's September 20 "pop-up concert" at Metro in Chicago. You can check it out below.