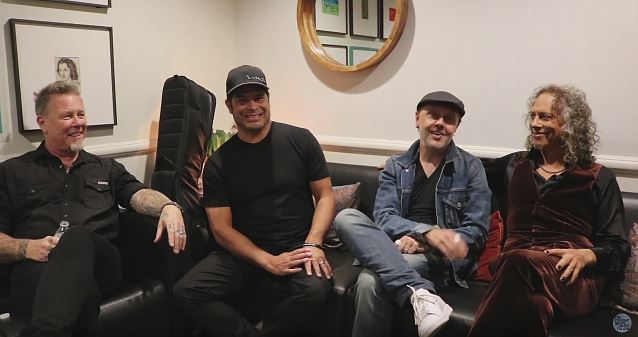 METALLICA made its "The Tonight Show Starring Jimmy Fallon" debut last night (Thursday, September 29),performing their new song "Moth Into Flame" for the first time on national television. While backstage at "The Tonight Show", James Hetfield, Robert Trujillo, Lars Ulrich and Kirk Hammett shared road stories about tour hygiene, a close call with Ozzy Osbourne and more. Check out a web-exclusive clip below.

METALLICA will next appear at Neil Young's Bridge School Benefit in Mountain View, California on October 22 and October 23.