"Metallica: The $24.95 Book" will be released on August 15 via Backbeat Books, an imprint of Rowman & Littlefield.

With more than 125 million records sold worldwide, METALLICA is the biggest metal band of all time. Four decades into their unparalleled career, METALLICA is a massive cultural force which drastically changed the sound of popular music by creating its own rules. Yet for all their popularity, METALLICA can seem impenetrable, raising more questions and inspiring more discourse as their mythos grows. They're rarely given the kind of literary appreciation and analysis usually saved for the biggest rock artists, until now.

"Metallica: The $24.95 Book" looks at METALLICA's cultural significance, with chapters devoted to each member, each album, touring, fashion, books, film, influences, fandom, history, and more, exploring the band's ideologies along the way. "

I wanted it to it to be more than a fact book, and not just something people could just look up on the Internet," says author Ben Apatoff, a writing teacher and music journalist. The result is the most complete METALLICA book to date, covering their career through 2021 and the first METALLICA book written with access to the band's box set materials. Compiled from years of exhaustive research and decades of fandom, and including previously unpublished photos, a foreword by Laina Dawes, the author of acclaimed 2013 memoir "What Are You Doing Here?: A Black Woman's Life And Liberation In Heavy Metal", new transcriptions of video interviews and magazine quotes previously unavailable on the Internet, "Metallica: The $24.95 Book" finally gives METALLICA the thorough biography and analysis the band deserves, providing an in-depth look at the band and their music that both die-hard fans and newcomers can enjoy.

Apatoff is a New York writer and educator whose work has appeared in Metal Injection, MetalSucks and the Morbid Anatomy Museum. He was born the summer METALLICA released "Kill 'Em All". 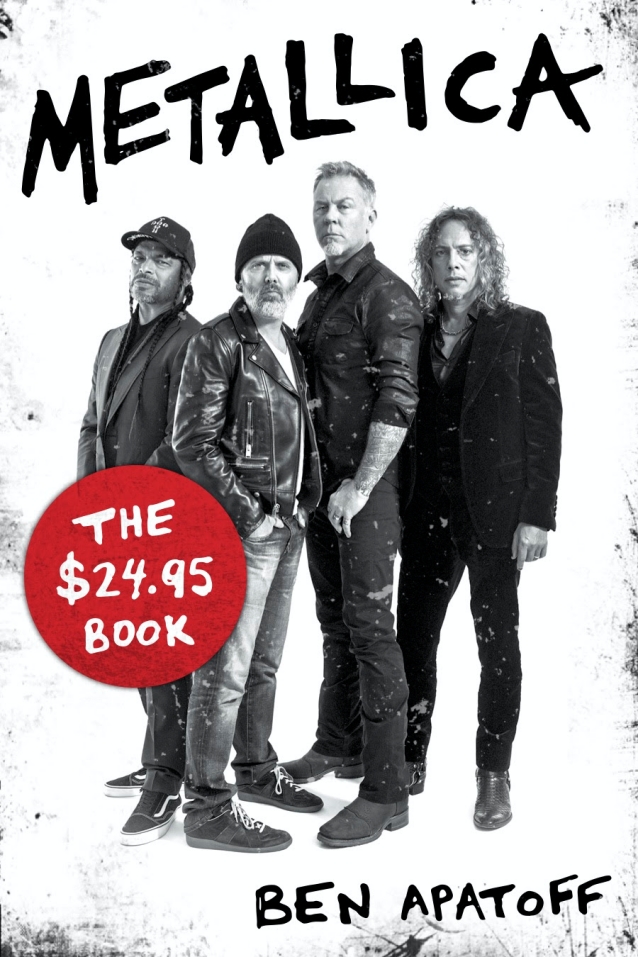