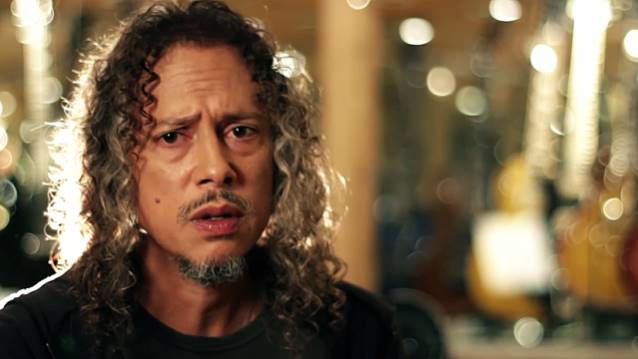 METALLICA's KIRK HAMMETT: We Have To Start Working On The New Album

METALLICA guitarist Kirk Hammett spoke to U.K.'s Kerrang! magazine about the progress of the songwriting sessions for the long-awaited follow-up to the band's 2008 album, "Death Magnetic", tentatively due in 2015.

"We cannot think of any other reasons to procrastinate; of any other things to put on the calendar to push back [the start] date [for the new album writing sessions]," he said. "We're kind of backed up into the corner now, so yes, we have to start working on the album. And I'm excited. James [Hetfield, guitar/vocals] has, like, 800 riffs. I only have 400, but there's not going to be any shortage of ideas. It's going to be interesting to see how it turns out."

He continued: "If we can write and record an album within a year's time, from January 2014 to, say, January 2015, I'm fucking up for it, man. That's something we have not done in a long time, and that would be a bona fide challenge for us to see if we could make an album in 12 months. We did it with Lou Reed, but that doesn't really count, does it?

"We don't have any songs yet. We have little bits and pieces of music earmarked to become songs, and really, that's all I can say about it. We're pretty psyched about it. We're only procrastinating because we love being at home with our families, but we really do love writing songs together and making an album."

Asked if he feels METALLICA has spent a bit too much time and energy on other projects this time out, Hammett replied: "It appears that way. We definitely have gone down a few different creative avenues that we didn't expect to do since the release of 'Death Magnetic'. That is a really, really long gap, but we've been busy pretty much the whole time throughout that.

"It remains to be seen whether or not we've taken too long. It seems like METALLICA's bigger now than we've ever been. I only say that because last year we went to a lot of far-flung places that we rarely go to, and we sold a shitload of tickets. From what we can gauge from ticket sales — and you can't really gauge this from record sales anymore, you know the whole story of declining sales for everyone — it seems like METALLICA is bigger now worldwide than it ever has been. That tells me there are still fans out there who care about us."

He added: "In the past few years, METALLICA has somehow morphed into not so much four guys in a band playing loud music, but more of a platform to do creative things under the METALLICA banner. We've gone down so many creative avenues in the last eight, nine, 10 years. We all like that position. We don't feel pigeonholed to be just a band. We've proven to ourselves — and that's the most important thing — that METALLICA can be a way to express ourselves in a lot of non-musical ways, and for me, that's a great place to be. When we've been successful creatively, it feels like we've climbed another mountain. It really is a healthy thing for us. It shows that we're multifaceted, it keeps us stimulated and hopefully it serves the music on the backhand, consciously or subconsciously."

In a 2013 interview with Kerrang!, METALLICA drummer Lars Ulrich spoke about the band's mindset going into the songwriting phase for its next album. He explained: "The only thing I can tell you is that there seems to be a consensus in the band that 'Death Magnetic' was a really good record that we're proud of, that had good legs on it — meaning that it still sounds really rocking five years later. And I can tell you that with most of the previous METALLICA records, I found any faults, I had any issues with them way, way sooner than five years. So the stuff that we've been jamming on is certainly not a million miles removed from where we left off from 'Death Magnetic'. But two years from now, when I sit and talk to you about the new record, it'll probably be a different story from the six-year-old looking for the ice cream shop."

METALLICA will emerge this spring for a tour of South America and Europe on which each night's set list will be chosen online by fans attending the gig. 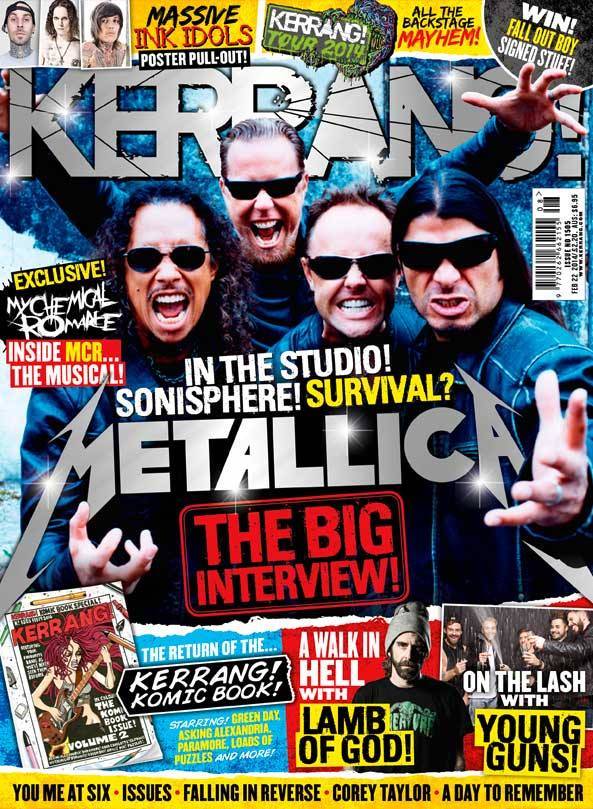