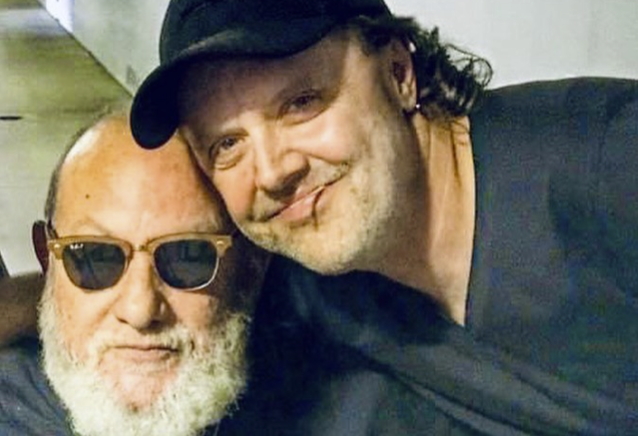 The legendary heavy metal band shared a moving statement in honor of Jonny shortly after news of his death became public. The statement read: "Heavy music lost one of its great champions today when Jonny Z left this world far too soon.

"In 1982, when no one wanted to take a chance on four kids from California playing a crazy brand of metal, Jonny and Marsha did, and the rest, as they say, is history.

"He was a mentor, a manager, a label head and a father figure to us all ... METALLICA would not be who we are or where we are today without Jon Zazula and his wife, Marsha.

"Our love and sympathy go out to Jonny's children and his grandchildren, whom he cherished and brought to our shows from the time they were in diapers.

"We hope they will be able to take some comfort in knowing that he is reunited with Marsha, and that he helped bring so much incredible music to so many."

The statement concluded with: "Hopefully there's a great show goin' on up there tonight to welcome you! We'll miss you Jonny".

In a separate statement, METALLICA drummer Lars Ulrich said: "Thank you Jonny for taking a chance on these crazy, noisy, uncompromising and undisciplined dudes from NorCal who didn't know what was up, down or sideways, but who were ready, willing and more than able to fuckin throw it all to the wind and go for it.. Thank you for giving us a sense of belonging and ultimately, a sense of self-worth. I will forever be grateful for your friendship, advice and blind belief that the music we played could be shared with way more people who were just like us…outsiders and misfits!

"Rest In Peace my friend."

METALLICA frontman James Hetfield stated: "God rest your soul Jonny. My heart is full of gratitude for taking a chance on me and my bandmates."

Jon's wife Marsha, with whom he founded Megaforce, passed away of cancer in January of last year.

In a 2019 interview, Jonny recalled hearing METALLICA's "No Life 'Til Leather" demo for the first time: "I basically said, 'What the fuck!' It was just so amazing. I stood there stunned, because music is my life. Everything was going off in my head, like this was the answer to America, just from the demo. And I said I've got to get involved with this."

Jonny said of the superstardom METALLICA achieved: "When we first started with the group in '83, we envisioned this. We knew we were dealing with a group that could potentially rival LED ZEPPELIN. They were destined for greatness."