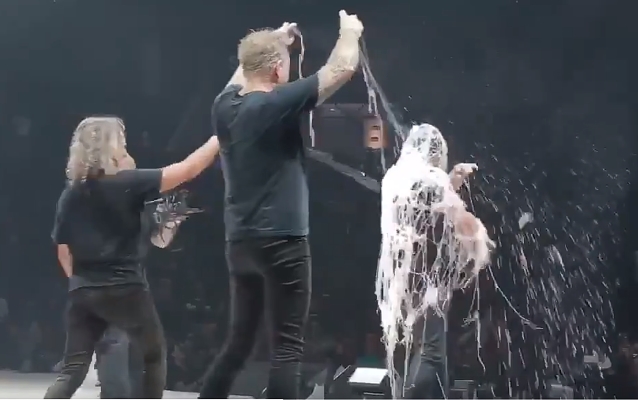 In honor of Robert Trujillo's 54th birthday, METALLICA's roadies, other members and fans pummeled the bassist with silly string after an encore at the group's concert Monday night (October 22) at the Spectrum Center in Charlotte, North Carolina. Check out video footage below.