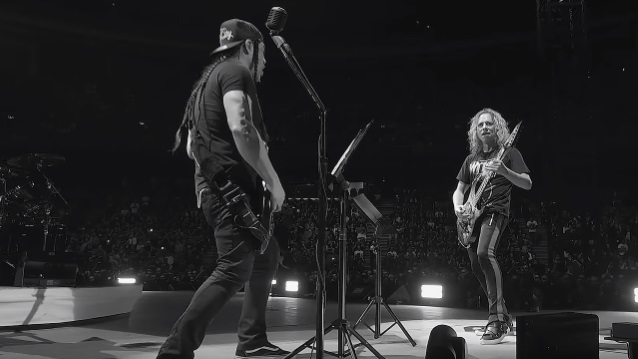 Robert Trujillo and Kirk Hammett played a cover version of the EUROPE classic "The Final Countdown" during METALLICA's May 5 concert " at Ericsson Globe in Stockholm, Sweden. Professionally filmed video footage of their performance can be seen below.

METALLICA played 21 shows in Europe since early February and has another three dates booked between now and mid-May.

METALLICA drummer Lars Ulrich said that the band is relishing its staying power now more than ever. "It was, like, 'Holy fuck, people really still care about this band in ways that you stopped taking for granted literally decades ago," he told Rolling Stone. "It was very inspiring and kind of eye-opening... Doing a stadium run seemed like the perfect thing on the back of how well this record has been received and all the good will that's out there in METALLICA's world right now."