METALLICA's Santiago Concert Sells Out In Less Than Three Hours

It reportedly took less than three hours for METALLICA fans to snap up every seat at Santiago, Chile's 63,000-capacity Estadio Nacional ahead of the San Francisco Bay Area metal giants' April 15, 2020 performance.

Earlier in the week, a special pre-sale for the concert was offered for customers of mobile carrier Entel, and all available stock ran out in less than 24 hours.

Support for METALLICA at Estadio Nacional will come from the Chilean group YAJAIRA and Michigan rockers GRETA VAN FLEET.

The summer 2019 leg of METALLICA's "WorldWired" tour grossed more than $70 million from 13 shows.

The group's 21 North American "WorldWired" arena shows during the reporting period grossed a total of $41.7 million, good for an average per-show gross of $1.99 million.

METALLICA has been touring in support of its latest album, "Hardwired… To Self-Destruct", which came out in November 2016. 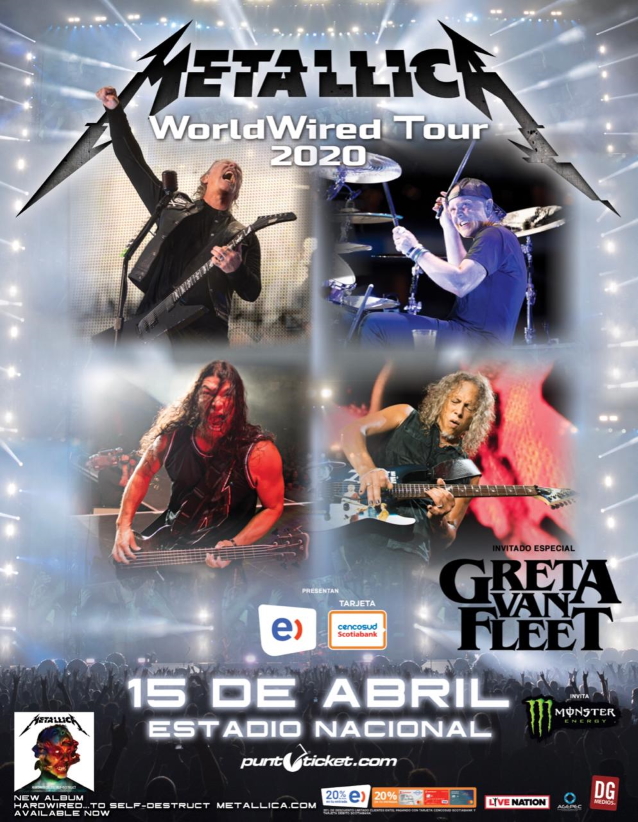