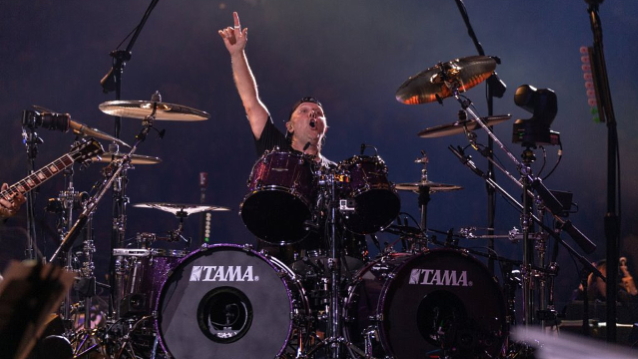 METALLICA's 2019 concert film "Metallica And San Francisco Symphony: S&M²" will air on PBS. The concert will premiere tonight (Thursday, October 29) 9:00-10:30 p.m. ET (check local listings) and will re-air a number of times over the coming weeks on PBS affiliates.

In September 2019, METALLICA reunited for two incredible nights with the nearly 80-member San Francisco Symphony. Celebrating the 20th anniversary of the first "S&M" concert, these two sold-out performances were the first ever at the new Chase Center in METALLICA's hometown San Francisco. METALLICA's Lars Ulrich, James Hetfield, Kirk Hammett and Robert Trujillo combined forces with the symphony, led by conductor Edwin Outwater, with a special appearance by legendary conductor and longtime San Francisco Symphony musical director Michael Tilson Thomas. The concerts marked the first time these two venerable music institutions have performed together on stage since 1999, documented in "S&M", the Grammy-winning album and concert film.

Praised by critics, the concert captures METALLICA fan favorites performed with elaborate symphonic arrangements. Songs include "For Whom The Bell Tolls", "Enter Sandman", "The Outlaw Torn", "Nothing Else Matters", "One", "Master of Puppets" and more. "The group proved that anything was possible by teaming up with the Symphony," said Rolling Stone, adding that "you could practically hear Beethoven roll over." "One of the most epic shows of their lives," said British weekly magazine Kerrang!, and Metal Hammer called the event "a must-see."

"Metallica And San Francisco Symphony: S&M²" entered the Billboard 200 chart at position No. 4. The effort earned 56,000 equivalent album units in the U.S. in the week ending September 3, according to Nielsen Music/MRC Data.