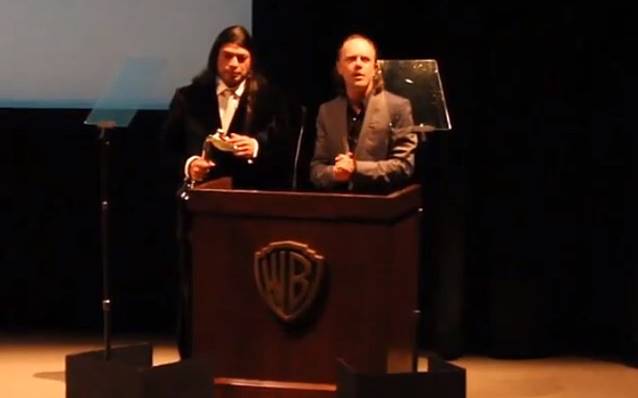 METALLICA drummer Lars Ulrich and bassist Robert Trujillo accepted the award in person, with Lars telling the the crowd of 250 in his acceptance speech: "Four years ago, when we got this idea — we had no idea what this move would be — other than we knew that it was going to be in 3D."

A short clip of Ulrich's speech can be seen below.

"Metallica Through The Never" arrived on DVD, Blu-ray, 3D Blu-ray, video on demand and digital on Tuesday (January 28) through the band's own Blackened Recordings label. The $18 million film, which combined concert footage with a fictional narrative, made less than $4 million in its initial U.S. box office run last fall.