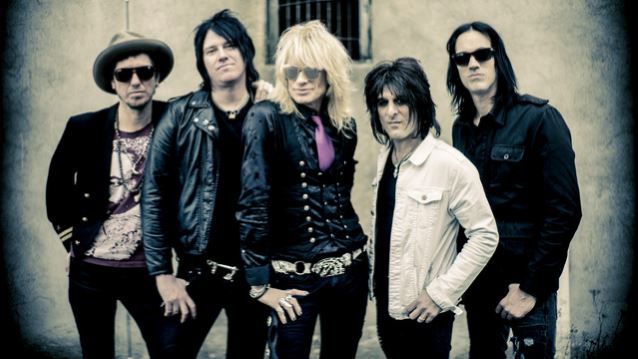 Indeed, when Slash headlines the Ice Hall in Helsinki on May 28, Monroe will be the invited "special guest," opening the show in front of thousands of fans; after that, he heads across to London to play the Camden Rocks festival on May 30. This one-off U.K. appearance at Camden Proud will be filmed by videographer/photographer Ville Juurikkala for inclusion in the video for the first single from "Blackout States".

Monroe has a number of festival appearances locked into place for the spring and summer, with further international touring plans to be announced shortly.