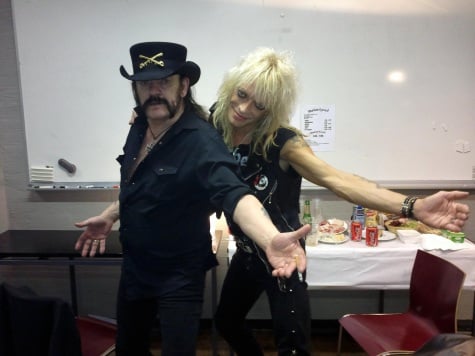 Commented Monroe: "MOTÖRHEAD was brilliant [last night] in Helsinki, as expected! I had the great honour of being invited on stage to guest on 'Killed By Death'."