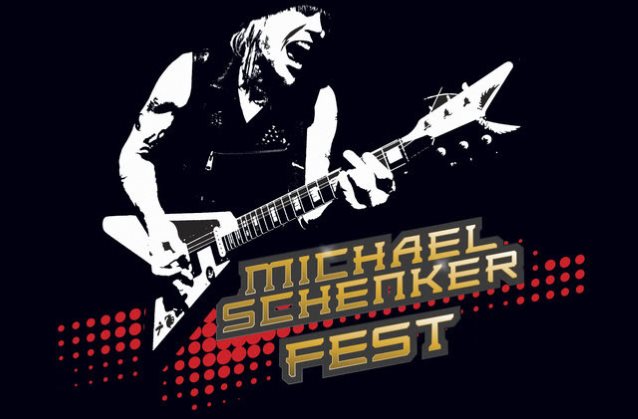 Legendary German guitarist Michael Schenker has set "Resurrection" as the title of the upcoming album from his MICHAEL SCHENKER FEST project. The disc, which was produced by Michael Voss, is tentatively due in early 2018 via Nuclear Blast.

"Resurrection" was recorded in four different locations over a five-month period and features a guest appearance by METALLICA's Kirk Hammett along with contributions from three original MSG (MICHAEL SCHENKER GROUP) singers — Gary Barden, Graham Bonnet and Robin McAuley — plus Doogie White, who plays with Michael in MICHAEL SCHENKER'S TEMPLE OF ROCK.

"It's not like three singers [where] each one sings three songs," Schenker explained to "Rock Talk With Mitch Lafon" (hear audio below). "We actually ended up having all singers together on a few songs, which is really, really unique and interesting. It's really entertaining, because you hear these different types of voices coming in to the same song, singing… Basically, Gary maybe sings the bridge, Robin sings the verse and Graham sings the chorus or whatever. We did this on about three songs or so."

According to Schenker, "Resurrection" will contain all brand new songs, including the projected first single "Warrior", which he describes as "really, really good and really powerful." The track will be made available several weeks prior to the album release and will come with a behind-the-scenes video.

The studio album will follow the release of "Michael Schenker Fest Tokyo", a concert recording filmed in August 2016 at Tokyo, Japan's International Forum, which was made available this past March via Inakustik.

"It was so funny when [Gary, Graham and Robin] all had to sing their lines and we were shooting behind-the-scenes footage, to see them how they get on," Michael recalled. "You can actually see it on the ['Michael Schenker Fest Tokyo'] DVD already, but it just continues to be as if these people have been together forever."

Michael added that he is celebrating his music career and life itself with MICHAEL SCHENKER FEST. "It seems like everybody's celebrating their life and their career at the same time," he said. "But it's all the most popular music of Michael Schenker, and the best I can do at the moment is to have Gary and Graham and Robin and now [with the addition of] Doogie White."