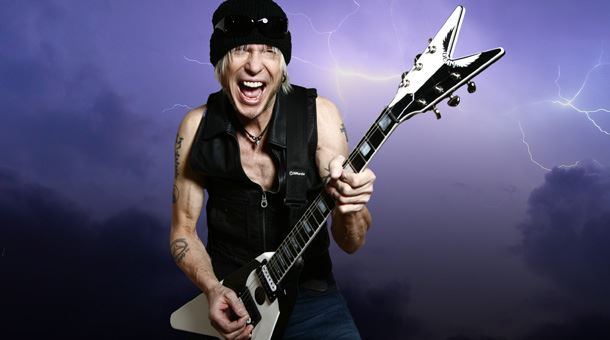 "Bridge The Gap" is described in a press release as "an album of 13 hard-hitting, adrenalin-fueled melodic rock'n'roll songs that showcase Shenker's distinctive and explosive guitar playing."

Scottish vocalist Doogie White, who co-wrote the album with Schenker, soars across every song, and stamps his enthusiastic personality with every note and phrase. Wayne Findlay adds another dimension to the dynamic, classic Schenker sound with his Dean seven-string guitar and keyboard orchestrations.

"Bridge The Gap" is a thunderous, explosive collection of brand new songs steeped in shades of dark and light. Musically and lyrically, the new album shows a re-energized guitarist at the top of his game, surrounded by top drawer musicians.

The album was recorded from January to March 2013 at Kidroom Studios, Germany and was produced by Michael Schenker and Michael Voss, and engineered by Voss.

"Michael and I had talked about recording an album together after the tour of 2012," says Doogie White. "We never spoke about it again until January 2013 when he sent me seven ideas he had been working on.

"Last October, I started writing the music for the new album," adds Schenker. "I sent material to Doogie in the New Year and he started writing melodies and lyrics. I laid down some arrangements at Michael Voss's studio. There was a lot of energy flying about during the recording process. I had the same drive making this album as I had when I was 16. I wanted it fast, heavy and melodic. It felt like bridging the gap from my teenage and 'Lovedrive' years to what I am doing now. I'm back to where I was a long time ago and I love it."

"Never having really written with Michael before, apart from 'When The Devil Knows You're Dead' (from 2011's 'Temple Of Rock' album),I didn't know how flexible he would be writing wise," recalls Doogie." I laid down some vocal tracks as ideas and when Michael heard them. we were off and running. Within two weeks we were in the studio laying down tracks."

Schenker admits that when he wrote this album, he tried to get a balance between songs that are heavy, fast and melodic, complimented by his signature guitar solos.

"I wanted to combine the old with the new," he says. "That's why the album's called 'Bridge The Gap'. With Wayne playing seven-string guitar we created some low, heavy modern sounds. Since I play and experiment on a regular basis, I always have some new, fresh sparks to share when I record a new album. I am inspired from within. It's infinite like a kaleidoscope."

"As former members of the SCORPIONS, Herman, Francis and I have been out of the loop of rock'n'roll for quite a while. Getting together for the first time since the 'Lovedrive' album is an incredible jump. We're connecting the past with the present. We're bridging the gap."

Schenker remains philosophical about the name of the new album. He believes the name reflects what is going on in the fast-moving world around him.

"Everything that is currently going on in this world is showing that people are desperate for change," he says. "We need to bridge the gap of poverty. There are too many innocent people getting killed in terrorist attacks. We need to leave all of this chaos behind us. We have to be strong. We have to continue moving forward, working together in a balanced way."

Schenker is amazed how melodic the new album turned out, but he still insists the songs still feature a bit of darkness as well.

"I came up with the name of the album, before I even started writing. When Doogie started writing the lyrics to the new songs he had something to go by. I guess 'Bridges Burned' is a new song that is something of a word play on 'Bridge The Gap'. I love this song. Doogie's singing is excellent on this."

"'Horizons' is a really powerful and exciting track from the new album," says Schenker. "I love the energy and Doogie's great vocal lines."

"'Neptune Rising' is a song I wrote in the studio. It's about Wayne Findlay. He reminds me of a Neptune with his crazy hair and beard. One day I had this vision of seeing him with the Trident coming out of the ocean. Wayne loves water and the undersea world. So, I suggested that we design a guitar that looks like a Trident. The guitar is almost completed and will be called Trident and will be seen on our next tour."

"'Because You Lied' is completely of the wall. I love everything about it. I had a real blast playing the guitar solo. In general, on the new album I have injected each song with a new wave of lead guitar playing. It had a lot of fun making the entire album. Francis and Herman — the original SCORPIONS rhythm section of 'Rock You Like A Hurricane' seriously rock on the new album." 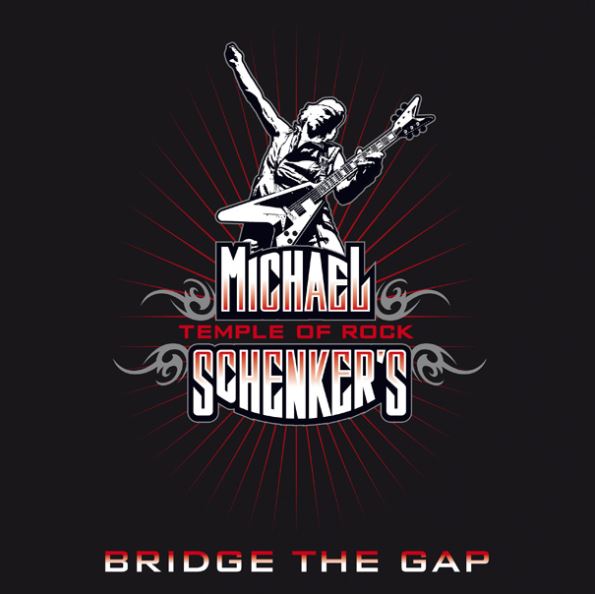