Chicago/Peoria, Illinois quartet MINSK has entered Volume Studios with the band's Sanford Parker producing to begin recording its third full-length album, "With Echoes In The Movement Of Stone", for a summer release via Relapse Records.

In other news, MINSK has announced a number of regional shows for late February, touring alongside SWEET COBRA. The band will also perform at the Roadburn festival in the Netherlands in April.

MINSK's second album, "The Ritual Fires of Abandonment", was released in February 2007. The CD's cover was designed by Orion Landau (ALABAMA THUNDERPUSSY, HIGH ON FIRE). 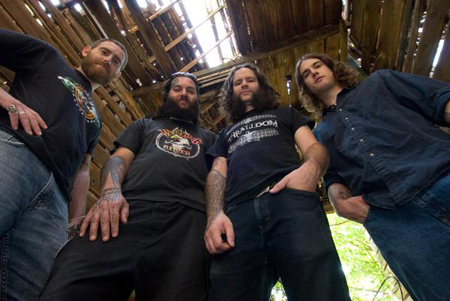