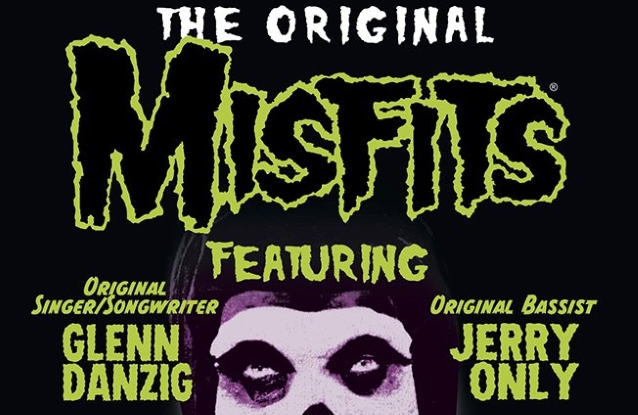 MISFITS will play in Denver and Seattle this summer. The band will perform on September 7 at Denver's Fiddler's Green Amphitheatre and on September 14 at Seattle's White River Amphitheatre. RISE AGAINST, THE DISTILLERS, THE DAMNED and CRO-MAGS will open both gigs.

MISFITS previously announced a June 29 show at the Banc of California Stadium in Los Angeles, California.

The current lineup of the MISFITS features original singer/songwriter Glenn Danzig and original bassist Jerry Only.

MISFITS played two historic comeback concerts in 2016 at Riot Fest in Denver and Chicago that drew rabid fans in droves from all over the world and shattered attendance records at the festivals. More recently, MISFITS played two shows in December 2017 in Los Angeles and in Las Vegas, in May 2018 in New Jersey, and in April 2019 in Chicago.

Regarding how the MISFITS reunion came about, Danzig told Revolver: "Jerry and I resolved a lot of legal issues we had with each other. This just happened about two and a half years ago. And I'm seeing all these people die unexpectedly: [David] Bowie, Chris Cornell and Prince, really out of the blue. And I'm just like, if we're going to ever do this, we should do it now while we're still healthy and we still look good and can run around onstage. I take care of myself, man. And we're all in pretty good shape. And who knows how long we're going to be like that. I don't want to be onstage with crutches or a cane singing. Fuck that shit. That's not the MISFITS. MISFITS are fucking take no prisoners. It's in your face, right to the front of the stage — smash your head against the wall until we're done and we say goodnight. That's what it needs to be."

He added: "I don't want to go on tour. A show here, a show there, keep it special. I don't want people to think we're just milking it. We should just be selective and let people see what it really was. And so far it's been insane."

Asked if he is enjoying doing that material again, Glenn said: "I just go out there and enjoy the interaction with everybody. People are just losing their minds, so it's a lot of fun. I try to do what I normally do. I'm just me, singing the songs I wrote, going crazy onstage and running all over. I'm enjoying having Dave [Lombardo, ex-SLAYER] drumming because he's one of my favorite drummers of all time and it's just so much fun."

Joining Glenn, Jerry and Doyle at all the reunion shows so far have been Lombardo and second guitarist Acey Slade. 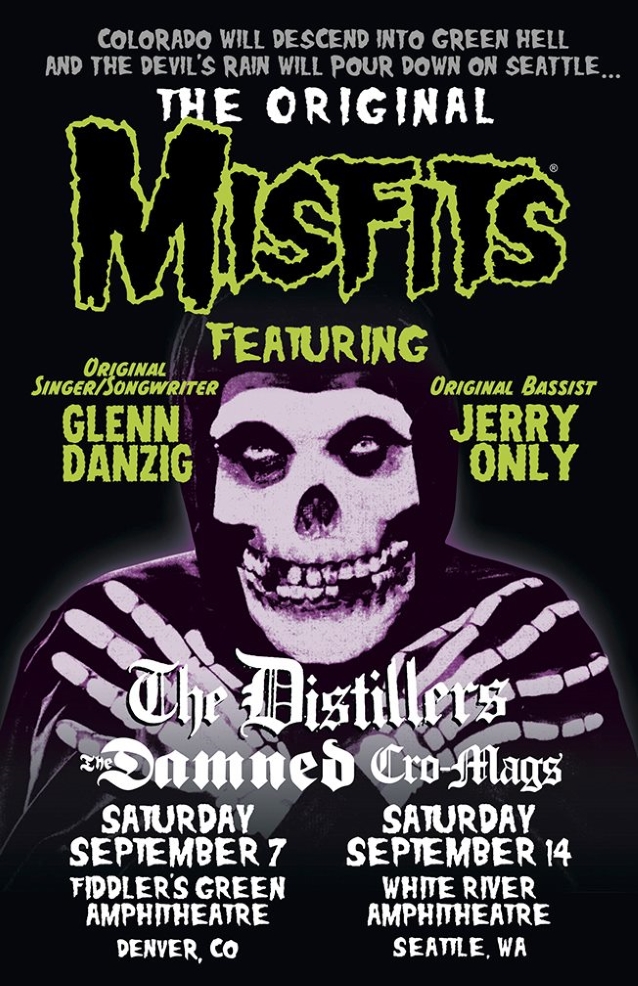