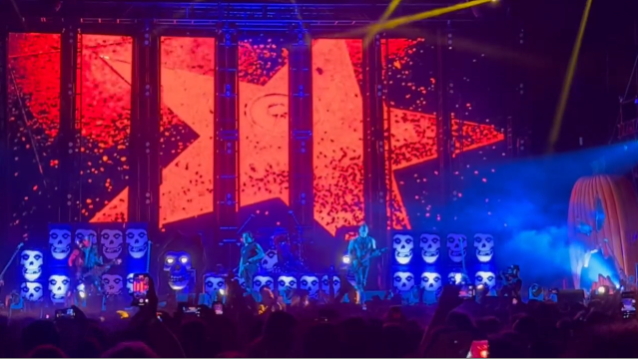 On Saturday, September 17, the original MISFITS headlined Riot Fest 2022 in Chicago, Illinois, performing their landmark first album "Walk Among Us" in full. The 1982 record, celebrating its 40th anniversary next year, is hailed by MISFITS fans — as well as by publications like Rolling Stone and Pitchfork, in recent years — as one of the greatest punk records of all time.

After the "Walk Among Us" portion of the set, the MISFITSplayed another 12 classics, including "Bullet", "Hybrid Moments", "Some Kinda Hate", "Halloween", "Last Caress", "Horror Business" and "We Are 138" as well as "Earth A.D." cuts like "Die, Die My Darling" and the title track.

The initial comeback performance by MISFITS, featuring singer/songwriter Glenn Danzig and original bassist Jerry Only with Doyle Wolfgang Von Frankenstein on guitar, took place at the 2016 Riot Fest. The estranged bandmates played together for the first time since 1983 and were backed by former SLAYER drummer Dave Lombardo and guitarist Acey Slade.

Since then, the original lineup of the MISFITS has reunited for scattered dates, with the most recent pre-Riot Fest 2022 one taking place in October 2021 at the Aftershock festival in Sacramento.

End Day Two of Riot Fest with The Misfits

Misfits at Riot Fest in Chicago

The Original Misfits at Riotfest. An absolutely incredible show!!! 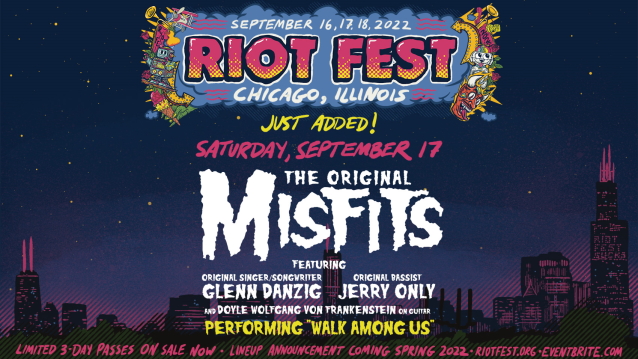