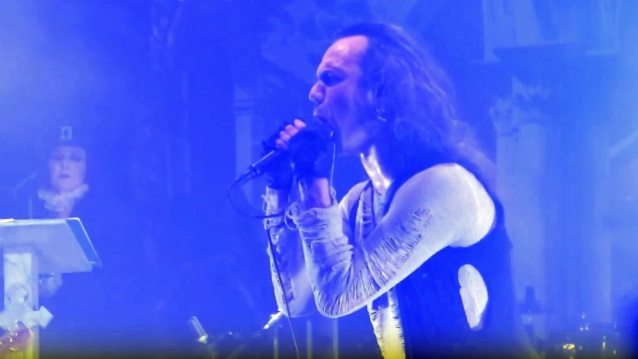 Portuguese metallers MOONSPELL celebrated the release of their new album, "1755", with a double-date hometown show in Lisbon where fans could enjoy the band's annual Halloween party as well as watch the performance.

Fan-filmed video footage of the October 31 concert at Lisboa Ao Vivo in Lisbon can be seen below.

MOONSPELL vocalist Fernando Ribeiro said: "I have been fascinated with Portuguese history since I can remember.

"The year of 1755 marked the birth of a new Portugal. Much more than just the greatest natural disaster ever to occur on European soil, the great Lisbon Quake, shockwaves cannot be reduced to a dramatic death toll.

"From absolute tragedy, a new city was born, giving way to a new time where Portuguese relied more on themselves than on the crown or the cross, granting us much of the city, the lay country, the free will that we enjoy today.

"This is not just another album from us. It's a musical and lyrical history document, a homage we pay to our legacy and to the amazing skills and resilience of our fellow Portuguese back then, of all mankind when brought down to the knees by the violent forces of nature and reason. Whatever is, is right... yet the earth shakes." 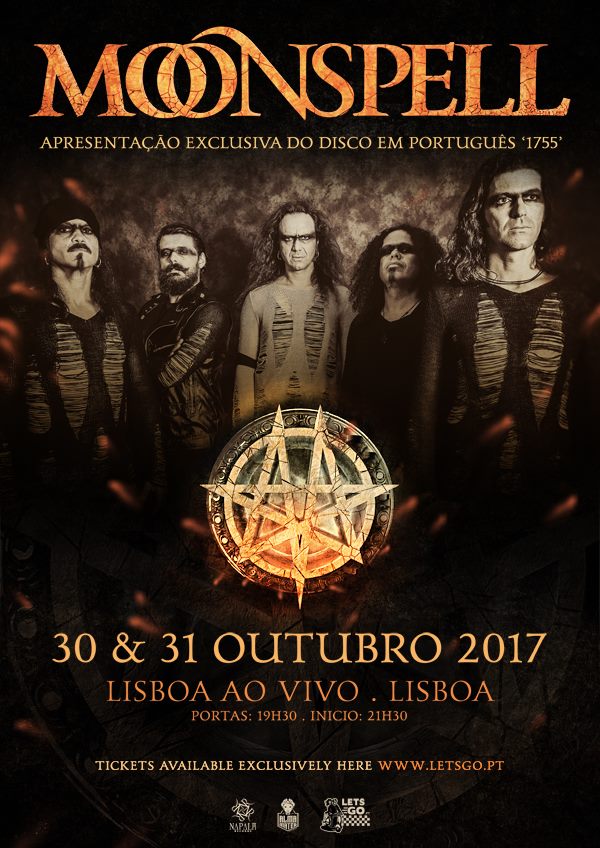