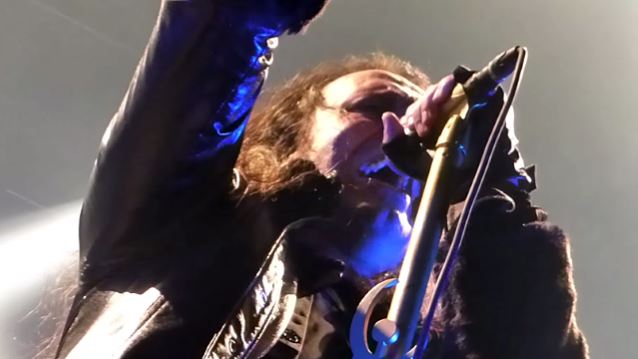 Portuguese metallers MOONSPELL kicked off the "Road To Extinction Tour 2015 (Part 1)" on March 12 in Nijmegen, The Netherlands. Fan-filmed video footage of the concert can be seen below.

MOONSPELL will release its new album, "Extinct", on March 17 via Napalm Records. The CD was completed at Fascination Street Studio in Örebro, Sweden with producer Jens Bogren, who has previously worked with KATATONIA, AMON AMARTH, OPETH and PARADISE LOST, among others. 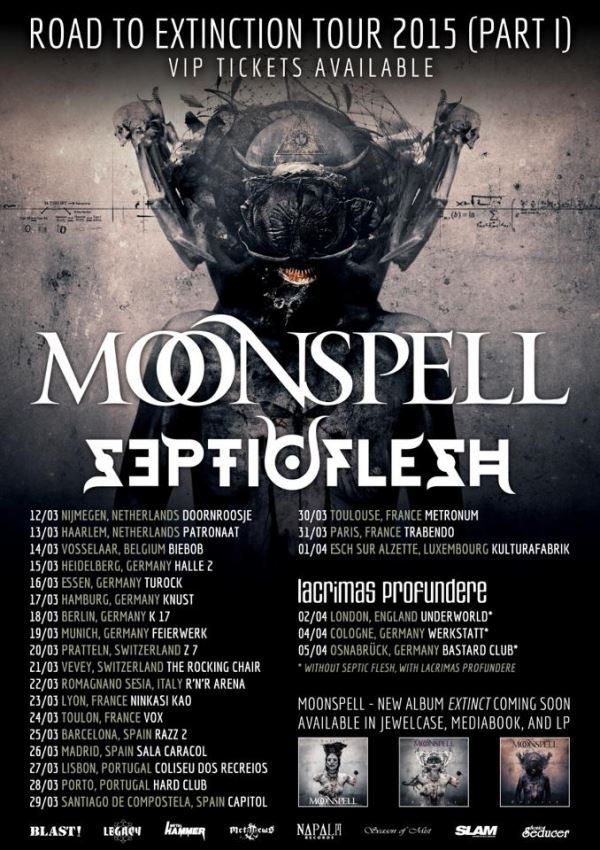