MOONSPELL: Official Biography 'Wolves Who Were Men' To Receive English-Language Release Next Month

Formed over a quarter century ago, MOONSPELL has faced both triumph and tribulation to become the most internationally celebrated Portuguese metal band in history. For the first time, MOONSPELL's unique story is told in full in the new book "Wolves Who Were Men: The History Of Moonspell", scheduled for release in English language on October 31.

Totalling a huge 450 pages and including numerous photos, many previously unseen, "Wolves Who Were Men: The History Of Moonspell" sees author Ricardo S. Amorim following the band from youthful black metal fans to experienced musicians battling the challenges of an ever-changing music industry, exploring MOONSPELL's evolving sound while always focussing on the often-troubled human stories that lie behind the music. Including lengthy interviews with the group's current and former members — as well as various comrades, including ROTTING CHRIST, CRADLE OF FILTH, SAMAEL, KREATOR, THE GATHERING and AMORPHIS — it also features a wealth of images, many previously unpublished.

"Wolves Who Were Men: The History Of Moonspell" is a must-read for all MOONSPELL fans, as well as anyone interested in the continued development of the metal genre and the reality of life in a full-time metal band.

It is available to pre-order now at CultNeverDies.myshopify.com. 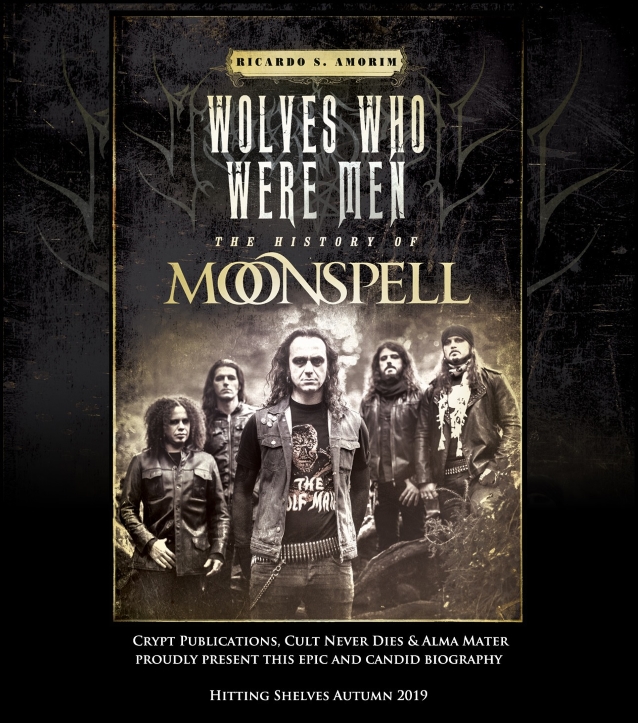 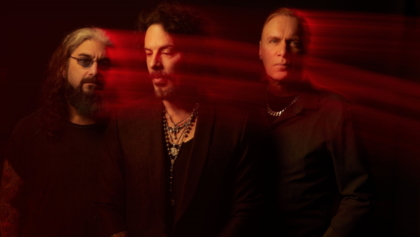