A poster for the show can be viewed below.

"We played the new song 'Nevemore' [see video below] on the last tour and that kind of shows where our heads are at," he said. "I'd say it's like an assemblage of all sorts of stuff from the catalog and some new influences. I listen to a lot of hardcore [techno] music now — the fuckin' serious, artistic stuff, not that crap you hear at the clubs. That stuff has impact and it's really extreme. Even if there's no guitar in it or no real drums, the energy coming out of the speakers is amazing."

When asked who's going to be producing the album and what label it will be on, Azagthoth replied, "All I can say is, when it's ready, it's going to be extreme and outside the box. And, hopefully, the songs will inspire people to look deeper inside themselves for 'the stuff' and to tap that potential that we as human beings have."

Fan-filmed video footage of MORBID ANGEL' performing the new song "Nevermore" on December 21, 2008 at the Melkweg in Amsterdam, Netherlands can be viewed below (clip uploaded by "letthemetalflow"). 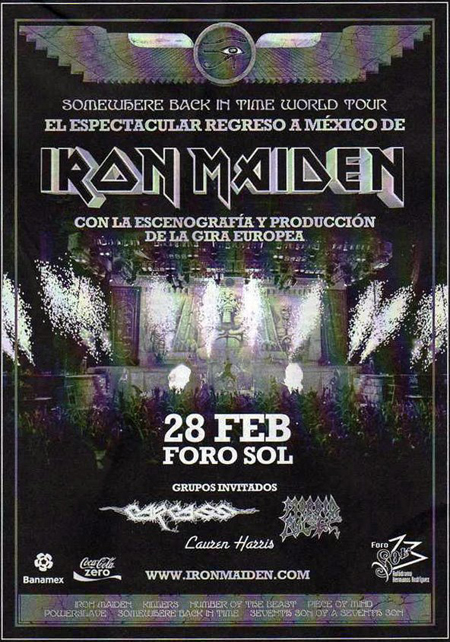 (Thanks: Phantom of the seventhson)