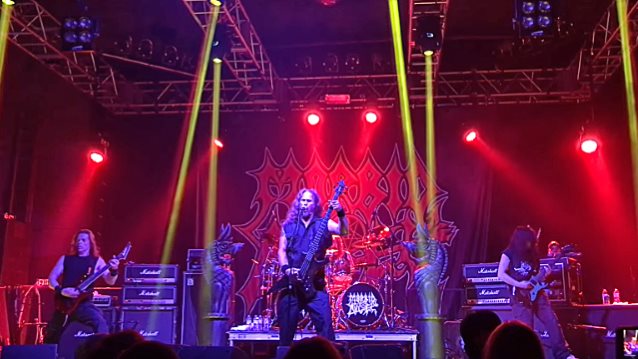 Death metal veterans MORBID ANGEL have been forced to cancel their previously announced November/December European tour due to "continued problems with the U.S. State Department and passport issues."

Says the band: "We apologize to our promoters and fans and hope to be able to solve this in 2018."

MORBID ANGEL previously scrapped its European summer festival appearances in July and August due to what it called "unfortunate and last-minute unforeseen problems with a passport for one of the members of the band."

"The album title says it all," says Tucker. "Everybody's fed up and nobody can figure out how to fix it. We've got all these miniature wars in neighborhoods, cities, countries, and we've got people with varying opinions causing chaos, yet everyone is doing what they feel is right. Which all makes it feel like the world has reached a point of utter madness and confusion."

"We're always trying to paint pictures; to create images," notes Tucker, "and I think this album is a fair image of the world today, but taken from a different perspective; the perspective of those Gods who built this, who may be resting now but are starting to wake up."

"Kingdoms Disdained" features artwork courtesy of Irish mixed-media artist Ken Coleman, who created a series of pieces that further augment the stories being told. The effort will be available on CD, vinyl, and digital formats.

MORBID ANGEL in January announced the addition of Dan Vadim Von (guitarist/frontman of the American death metal band VADIMVON) to the band's lineup on second guitar. He joined the group as the replacement for Norwegian guitarist Destructhor (a.k.a. Thor Anders Myhren),who left the band two years ago. 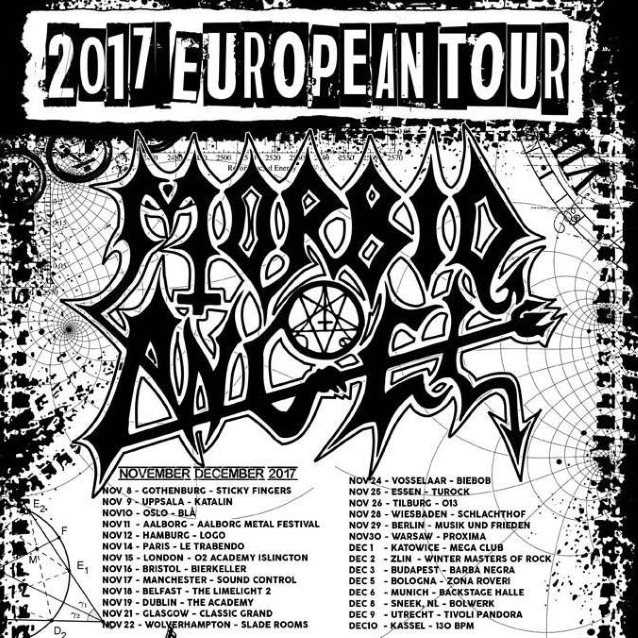