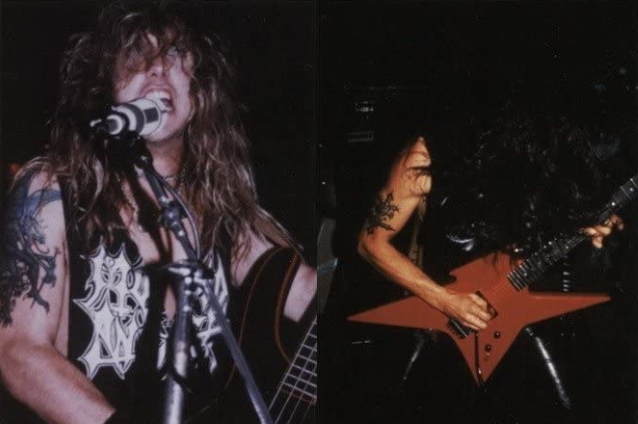 On May 29, Earache Records will release "Altars Of Madness: Ultimate Edition" from Florida death metal veterans MORBID ANGEL. This essential reissue features not only the original classic album, but a second disc of "Juvenilia", recorded live at Rock City November 1989 during the "Grindcrusher" tour with NAPALM DEATH, CARCASS and BOLT THROWER. "Altars Of Madness" has been recreated using full dynamic range mastering, pressed from the original master tapes giving the listener a more aggressive and dynamic audio experience.

This "Ultimate Edition" digipak includes new 2020 artwork, as well as the fan-favourite CD bonus track "Lord of All Fevers & Plague" in full dynamic range for the very first time. The release also marks the very first time that the blistering live set has ever been available on CD.

Considered by many to be a defining moment in the genre, "Altars Of Madness" was first released in 1989 and is still held in reverence by the majority of death metal fans.

Only guitarist Trey Azagthoth remains from the MORBID ANGEL lineup that recorded "Altars Of Madness".

Guitarist Richard Brunelle, who was in MORBID ANGEL from 1985 until 1992 and appeared on the band's first two albums, "Altars of Madness" and 1991's "Blessed Are The Sick", died last September at the age of 55. 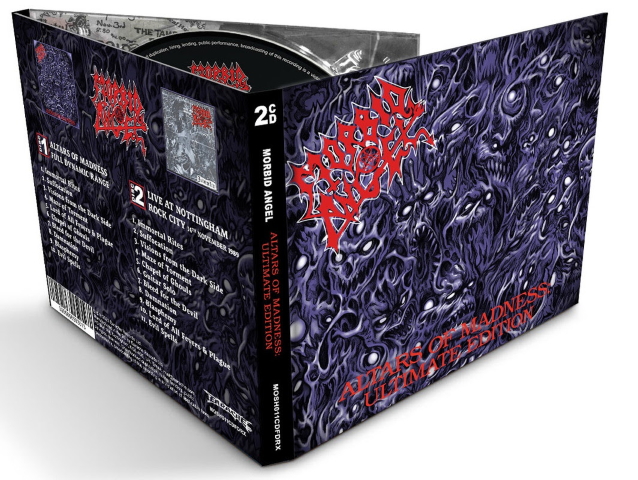