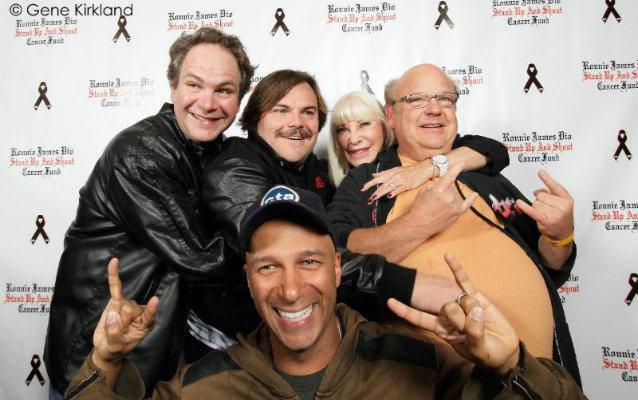 The second annual Bowl 4 Ronnie bowling party, benefiting the Ronnie James Dio Stand Up And Shout Cancer Fund, will take place on Friday, November 4 at the Pinz Bowling Center in Studio City, California. The event, hosted by "That Metal Show" co-host Eddie Trunk, will include a celebrity bowling tournament, a raffle and a special live auction.

The event kicks off at 6:30 p.m. with open bowling and a VIP pre-party for lane sponsors, celebrities and their guests. Bowl 4 Ronnie participants can anticipate an evening of fun, food, and, of course, bowling with rockers and celebrities competing for trophies in the name of raising funds and awareness for the Dio Cancer Fund.

In addition to emceeing duties, Trunk will captain his own bowling team with guitarist John 5 (ROB ZOMBIE) among those joining him in the Celebrity Bowling competition. Other rockers expected to attend include:

There will a live auction that will include music memorabilia and a six-string Jackson guitar donated by Chris Broderick of ACT OF DEFIANCE, who will be in attendance, stage played while on tour with MEGADETH in 2012 (as well as autographed photos of Chris playing that guitar). Among the raffle prizes will be a specially-designed bowling ball and a bowling pin featuring the Bowl 4 Ronnie artwork, each accompanied by a Bowling Party donated by host venue Pinz Bowling Center.

100% of the net proceeds from the Bowl 4 Ronnie will go to the Dio Cancer Fund. Most recently, the Dio Cancer Fund presented a check for $25,000 to Dr. David Wong, director of the Dental Research Institute at the University of California Los Angeles, to further his research into saliva testing for the early detection of cancer. Dr. Wong believes this simple, non-invasive test will be available for medical use within the next three years. 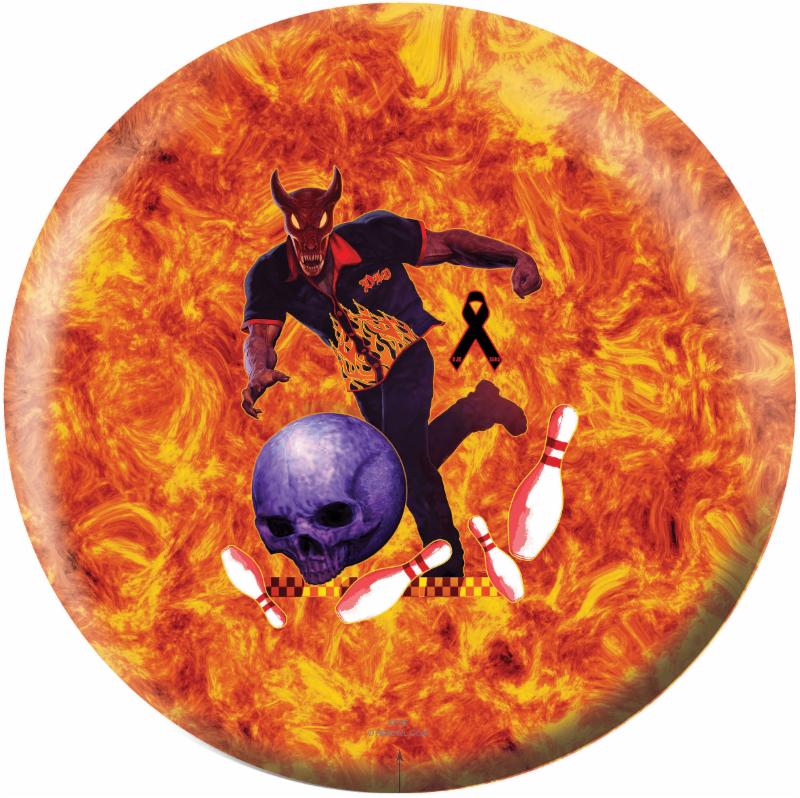 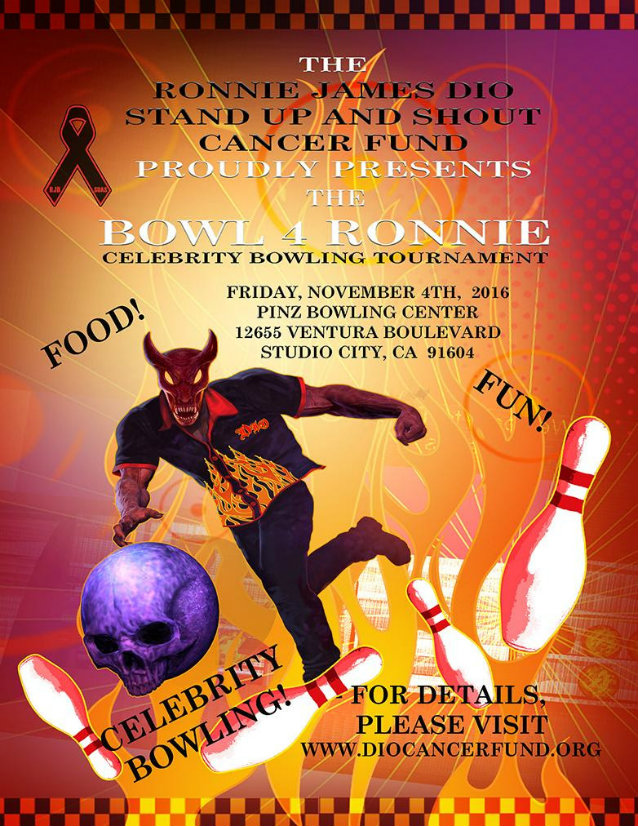