Perhaps best known as the guitarist for the multi-platinum band TESTAMENT, Skolnick is a stylistically versatile player, performing in a variety of other projects including his jazz trio, THE ALEX SKOLNICK TRIO, and a forthcoming world music project, PLANETARY COALITION. The new Budda AS Preceptor suits his demanding tonal requirements.

Skolnick shares: "For years, I've dreamed of an amp that brought together the quality of a fine vintage amp with modern hi gain technology, user friendliness, reliability and diversity; an amp not locked into classic tones, easily allowing guitarists to hone in on their own sound and that players of any genre could appreciate. After much collaboration between myself and the amazing team at Budda Amplification, I'm happy to say it's finally here: the Budda AS Preceptor is that amp."

The epitome of authentic tone and modern sophistication, the Budda AS Preceptor was crafted to both Budda and Skolnick's exacting standards, resulting in an amplifier that can range from searing to pristine and everything in-between.

All three of the AS Preceptor's independent channels — Clean, Rhythm and Lead — include separate three-band EQ, Reverb, Resonance, Presence, and true bypass effects loop with send and return levels. Each channel also features OVER-BOOST, a stompbox-style lead boost that engages an additional tube-driven gain circuit to give players a supercharged boost. The effects loop on channel 2 can also be used as a global loop for incredible versatility in effects routing.

The included nine-button foot controller switches all three channels digitally via MIDI, effects loops and OVER-BOOST functions, as well as Master Reverb and Master Boost, which is a second Master Volume control that can be used to boost the overall volume of the amp.

The AS Preceptor also features a half-power switch for operating the amplifier in either 60- or 120-watt mode. With a back panel that features an amplifier chain section with power-amp inputs and a slave output, impedance selector and MIDI input and output for use in MIDI-switching rigs, this amp is at home as the centerpiece of a larger system. 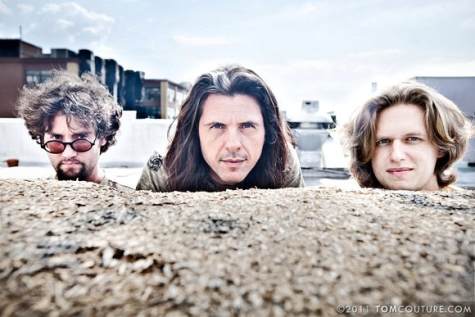