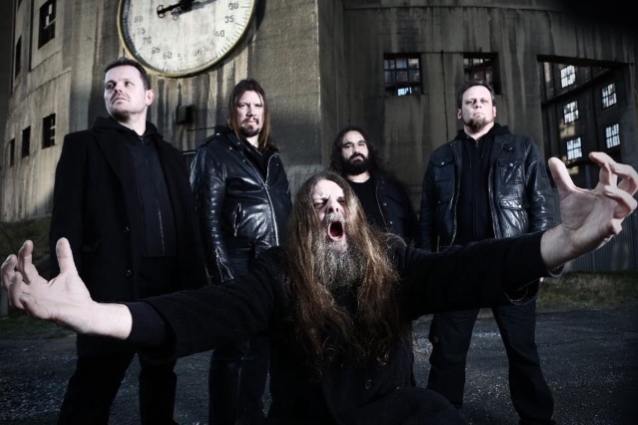 MORGOTH Officially Calls It Quits: 'We Have Indeed Reached The End Of The Road'

German death metal veterans MORGOTH have officially called it quits. The band took to its Facebook page on Thursday (December 17) to write: "It's already been 2,5 years since our last updates and the announcement of an indefinite hiatus in regards to any band activities. Time surely flies! In the meantime and after much deliberation, we can now announce that we have indeed reached the end of the road for MORGOTH.

"It's been an interesting and challenging ride since the band's initial reunion and we will forever cherish all of the incredible experiences and great memories from these years. We thank ALL OF YOU for that!

"Please keep enjoying and supporting the music that will forever remain out there for all of us. Best of wishes for a hopefully good/better new year 2021…Stay safe and stay heavy!!!

Back in May 2018, MORGOTH announced that it was taking a break from live and recording activities due to "organizational and individual reasons." At the time, guitarist Sebastian Swart said that he was suffering from "massive and multiple hearing problems," and he revealed that he was "moving abroad" for his work.

MORGOTH's latest studio album, "Ungod", was released in April 2015 via Century Media. The CD was recorded, mixed and mastered in November and December 2014 by Jörn Michutta and Matthias Klinkmann at Sound Division Tonstudio in the band's initial home area of Sauerland, Germany, after having already successfully tested the studio for the "God Is Evil" EP.

MORGOTH released its first-ever live album and DVD, "Cursed To Live", in June 2012 via Century Media Records. The audio tracks were mixed at Unisound Studio in Sweden with Dan Swanö (OPETH, KATATONIA, DISSECTION).

In December 2018, founding MORGOTH member Carsten Otterbach died after a long battle with multiple sclerosis. The 48-year-old guitarist, who also headed up his own artist management company Direct Management, played on the band's first two EPs, "Resurrection Absurd" (1989) and "The Eternal Fall" (1990),as well as the first three full-length albums, "Cursed" (1991),"Odium" (1993) and "Feel Sorry For The Fanatic" (1996).

MORGOTH's most recent lineup was:

It’s already been 2,5 years since our last updates and...