MÖTLEY CRÜE: Digital Remaster Of 'Dr. Feelgood' To Be Made Available In September

Today marks the 30th anniversary of the final single released from MÖTLEY CRÜE's legendary album "Dr. Feelgood". In celebration — both of that anniversary and the band's year-long recognition of their 40th anniversary in music — they announce the digital remaster of this decadent and unapologetically fun album, to be released worldwide on September 3. Available now for pre-order across digital platforms, the refreshed sonic experience features hits such as "Dr. Feelgood", "Kickstart My Heart", "Without You", "Same Ol' Situation (S.O.S.)" and "Don't Go Away Mad (Just Go Away)" .

To date, "Dr. Feelgood" is the band's best-selling album, with sales of over six million copies worldwide, highly regarded by music critics and fans as some of the band's best work ever. The band originally released its fifth studio album, "Dr. Feelgood", in September 1989 and hit No. 1 on the Billboard 200 chart, along with seven other Top 10-charting positions worldwide. This rerelease will join the already released digital remasters of "Girls, Girls, Girls" and "Theatre Of Pain".

Relive the history of this groundbreaking album via the title track's iconic video below. This song was the band's first Top 10 hit, climbing as high as No. 6 and charting for 16 weeks, the longest of any MÖTLEY CRÜE single to date, and the first single to achieve gold status.

Hits from the album are included on the recently launched Mötley Crüe 101 Spotify playlist, which gives new and existing fans a comprehensive compilation to the band's iconic musical legacy, taking them a celebratory sonic journey for this special anniversary.

MÖTLEY CRÜE's "The Stadium Tour" with DEF LEPPARD was originally scheduled to take place last summer but ended up being pushed back to 2021, and then to 2022, due to the coronavirus pandemic. 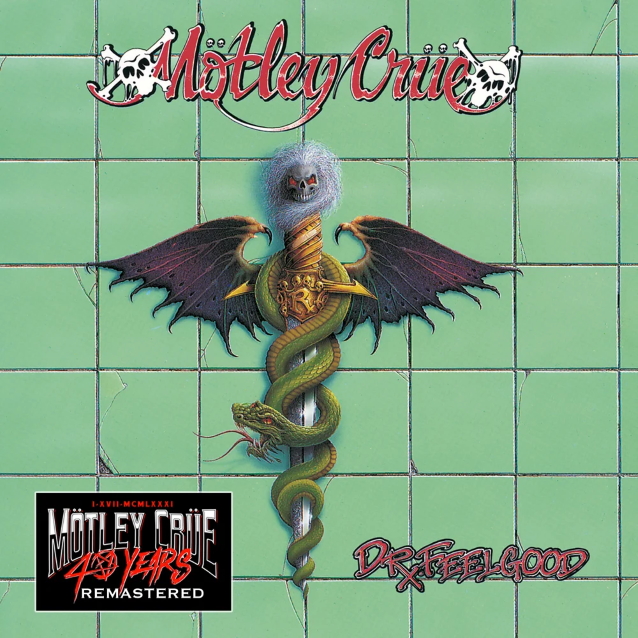