According to the New York Post, MÖTLEY CRÜE has been sued for $30 million by New York rockers THE RASKINS over the two bands' joint U.S. tour.

Twins Logan and Roger Raskin claim they paid $1 million to open for the CRÜE in 2014 and had a contract negotiated by Artist Group International, but it wasn't honored. Among their gripes, according to the Post: "THE RASKINS claim they were forced to play short sets in mostly empty venues after managers often refused to open the doors for shows; the public address system was turned off or interfered with during their shows; they weren't allowed to sell merchandise or give them dressing rooms; and they were hit with heavy equipment." In addition, the Raskin brothers claim that at one of the stops on the tour, crew members working for the headliners ran out on stage in monkey masks and sprayed THE RASKINS "with water guns filled with urine."

THE RASKINS describe their sound as "rock/retro/alternative/pop-rock/singer-songwriter."

In a 2014 press release, Logan said about his band: "We work and strive extremely hard for success with our music. We write and perform because it's our passion. It's what we love to do." 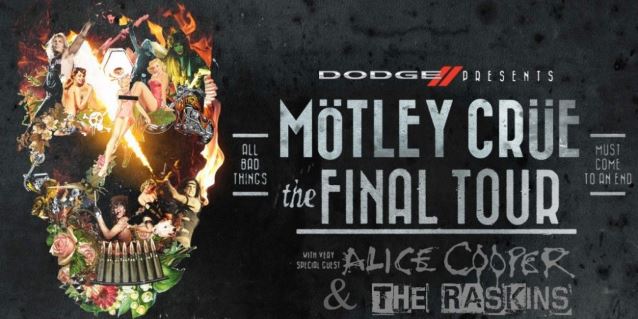